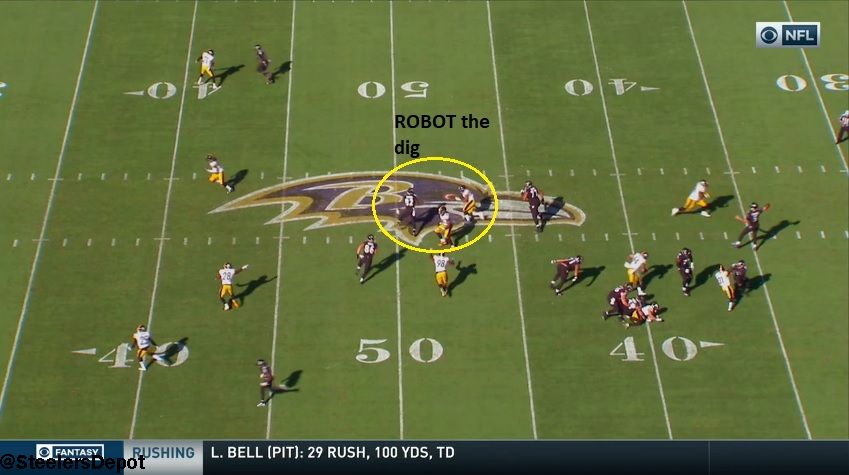 Over the last nine games, Ryan Shazier has as many interceptions as the rest of the Pittsburgh Steelers’ defense. Combined. That’s five apiece, putting Shazier in probably a rare category not only in franchise history but around the league.

There’s been a ton of impressive plays over that span but I honestly think his pick on Sunday was the best one he’s made. It showed off his physical traits and ability to finish the play but just as importantly, his football IQ and ability to read the route. And it stopped one of the most popular concepts that have killed the Steelers.

The Baltimore Ravens ran one of their best concepts. Playaction, boot to the field, and the Jon Gruden famous Spyder Y Banana concept. Two crossing routes coming across. Usually they get one frontside and one backside but here, they’re both backside. We showed it in last week’s scouting report.

So the Ravens run their crossing (also called “over”) routes that has killed the Steelers in the past. I’ll always remember Jordan Cameron destroying the Steelers that way, like this near-TD back in 2014. An over route where everyone forgets about him.

To stop those plays in Cover 3, you must “ROBOT the dig.” Pete Carroll uses that term (courtesy of James Light), to indicate the weak hook defender has to work under the crosser and take it away. Here’s an example of it from Seattle. 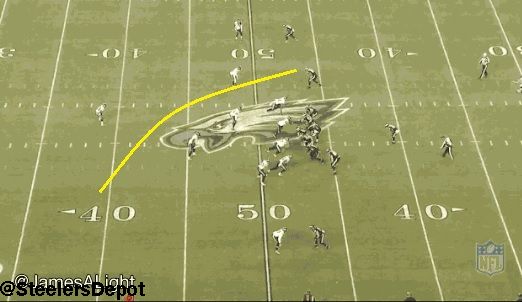 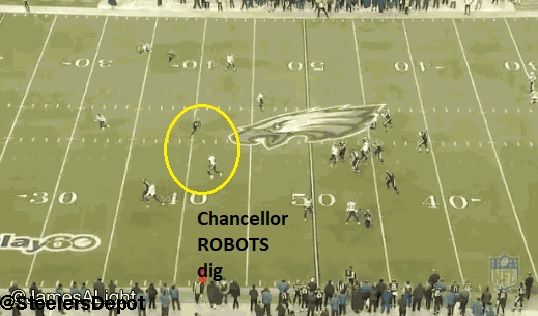 Sunday, Shazier did similar. Looks like the Steelers are in a different version of their Cover 3 but you ultimately get three deep defenders – two corners and the safety, JJ Wilcox. Tight end Ben Watson came first on a shallow cross. Shazier saw it, recognized what the route was going to be (the boot to the field is a dead giveaway) and matched Watson underneath. That’s football IQ to anticipate the route concept even when it’s behind you. He’s the weakside hook defender and “ROBOTS” the dig/crosser. 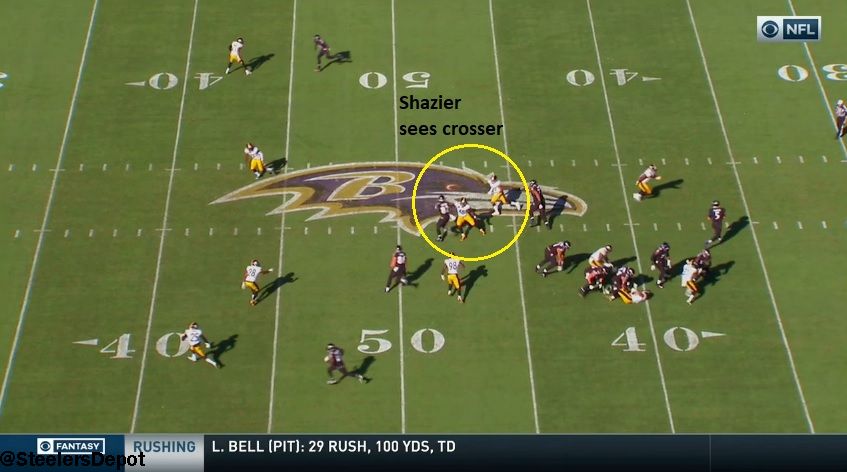 Shazier finds it, plasters to the receiver, and makes the play. Really well done by him and in a critical moment, stopping a Ravens’ drive when they were down just ten with plenty of time left. 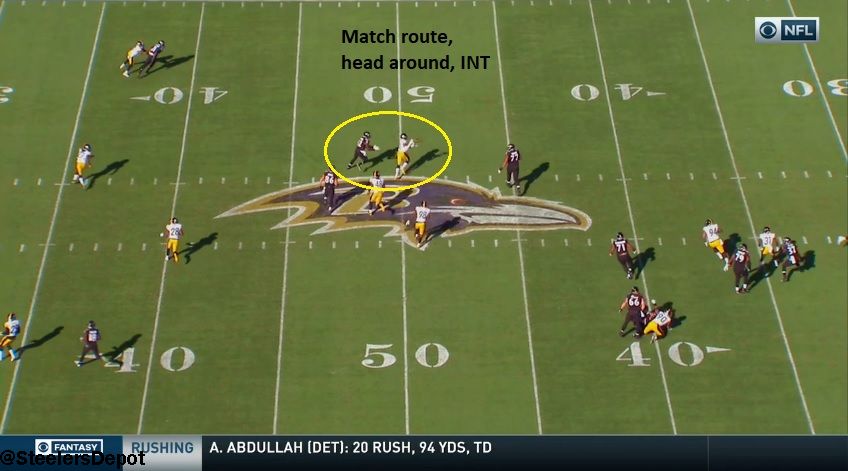