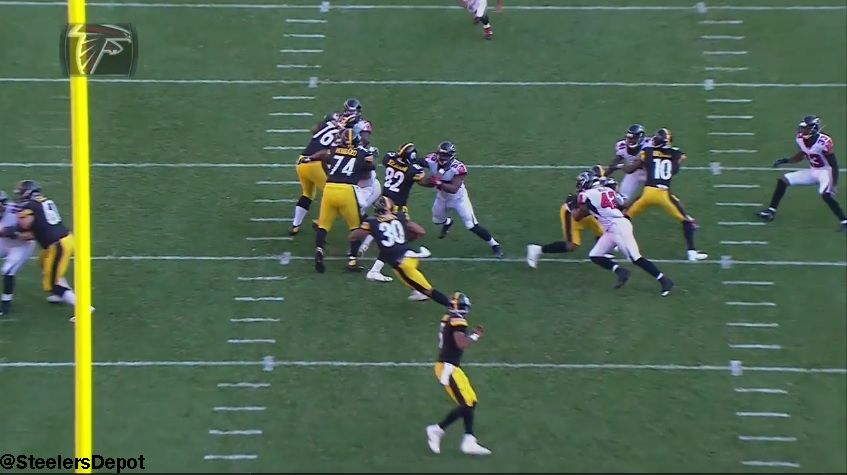 Heads up for those reading these. Since most of you clicking on preseason game notes are probably pretty die-hard. Starting up a Depot fantasy football league. Will be done on ESPN. Drop your email in the comments (or tweet me @Alex_Kozora, will follow back for a DM if you don’t want to share email publicly) for the invite.

– Punt coverage. On the line: Watt-Moats-Candaday-Matakevich-Chickillo. Nix/Dangerfield the wings, Golden the upback. Brandon Dixon and Mike Hilton the gunners. Canaday got the “start,” for whatever it’s worth, rotating in and out with Colin Holba the rest of the game.

– T.J. Watt biting on playaction. Linebackers don’t get depth and pass complete on a dig over the middle. 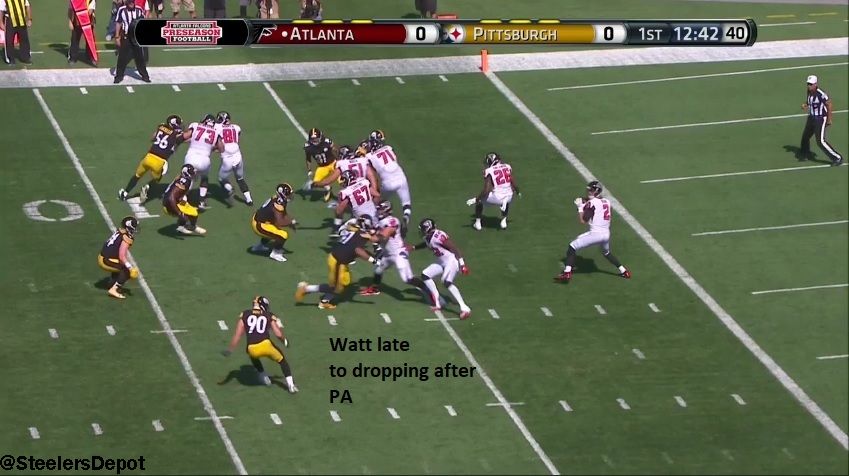 – Good force defense by Sean Davis out on the edge. Keeps the back inside. 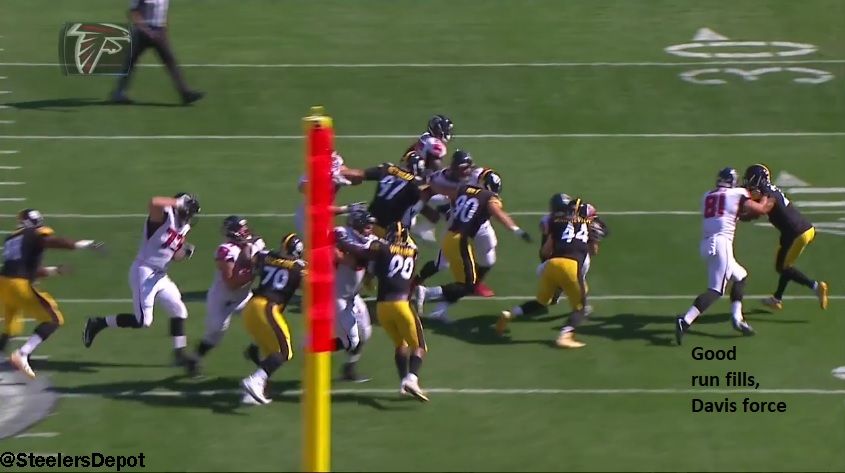 – Next play. This is what happens when no one has the edge. At first glance, it looks like Watt is at fault, but it also sorta looks like the off-ball LB was supposed to scrape over, based off how Watt is lined up and his recognition. This angle probably doesn’t clear that up, unfortunately. 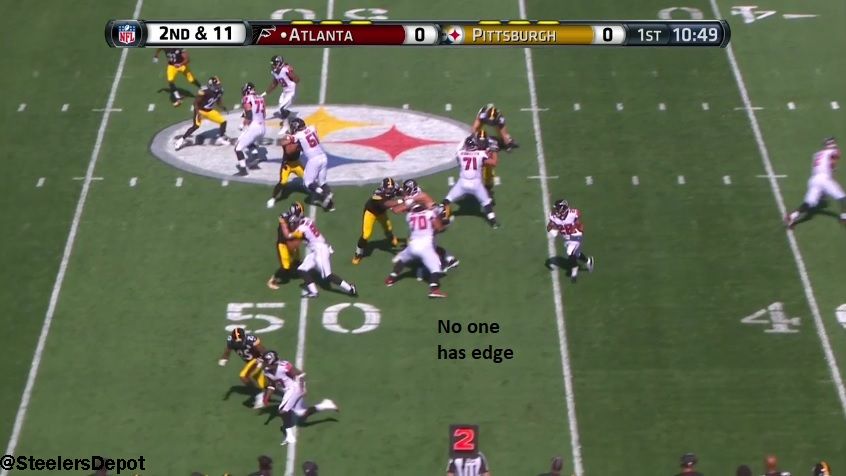 – Don’t know what Tyler Matakevich is doing here. Maybe influenced by the way the right tackle came off the ball. Open-handed “playaction.” Bites, loses the TE in coverage. 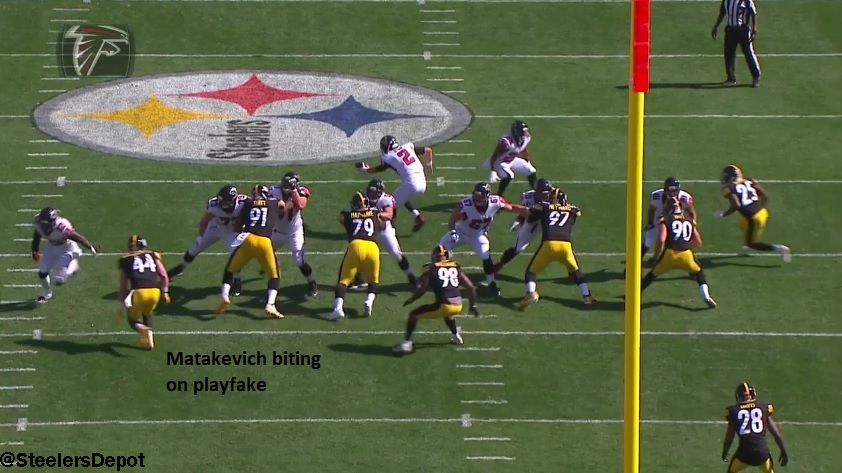 – Falcons’ TD. Little hard to tell but Alualu/Matakevich and Davis/Vince Williams seem to overlap their gaps. 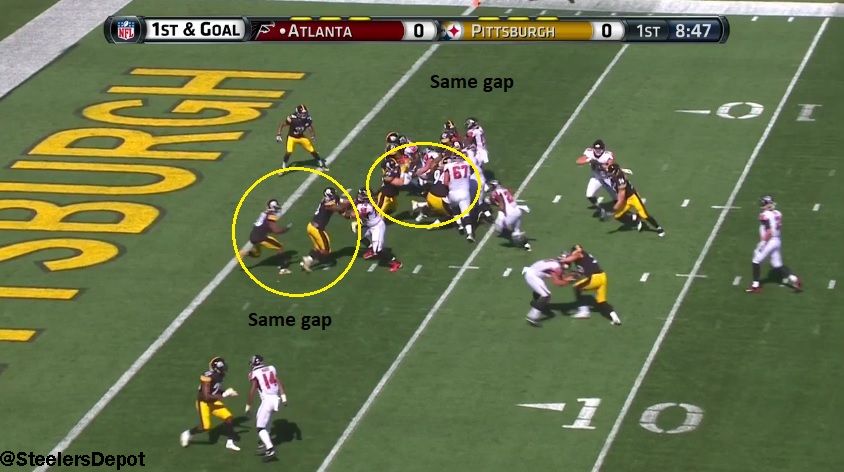 – B.J. Finney with his eyes/head down. Easily beat by Grady Jarrett. 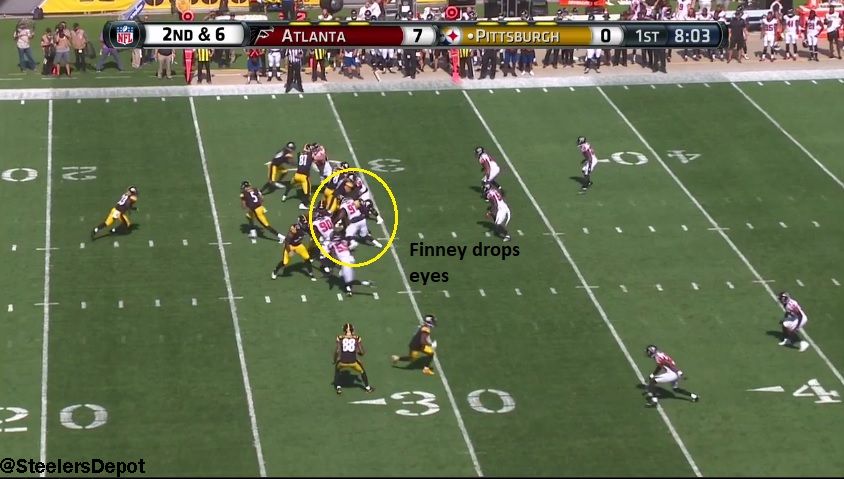 – Good set up by T.J. Watt. Outside/inside move to win the B gap.

TJ Watt hasn't popped as a pass rusher too often but he's setting up his rushes. Counter inside, dips under LT w/ B gap open. pic.twitter.com/7dpUF0Q6aq

– Martavis Bryant kicking off the rust. Realizes at the last second that he lined up on the LOS, covering up the tight end. Has to step off. 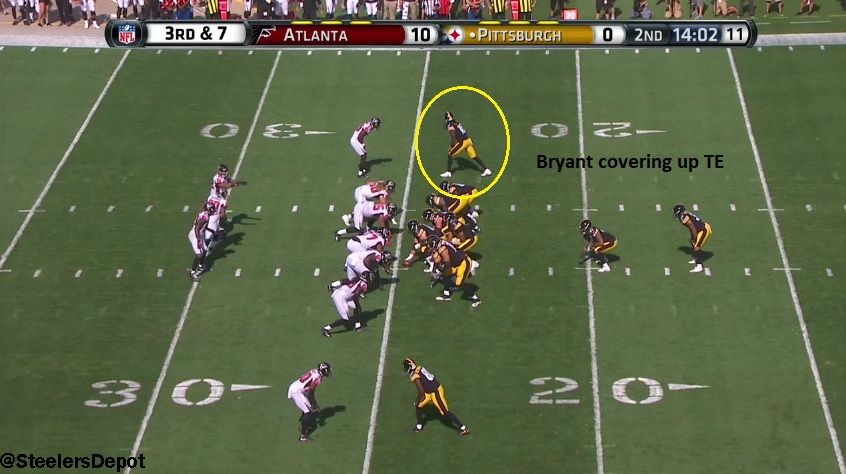 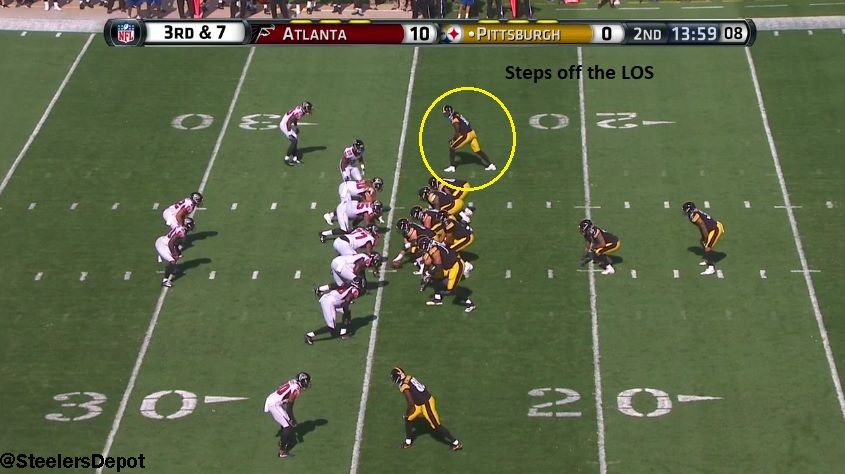 – McGee/Grimble the wings on the field goal unit.

– Kick coverage. Not in the exact order, missing one player. Tucker-Allen-Webb-Watt-Golden-Boswell-Galambos-Hagen-Sensabaugh-Davis

– Problem the defense has had. No one rerouting. 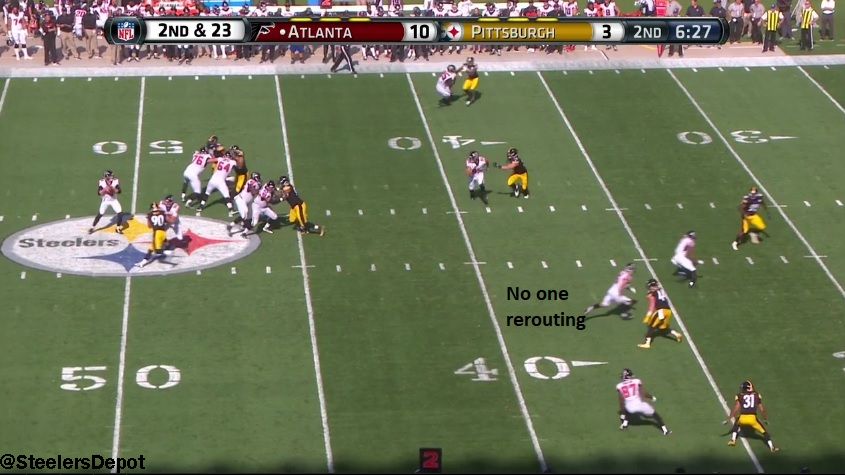 – Punt return unit. On the line. Matakevich-Davis-Dangerfield-Nix-Tucker-Allen-Fort-Chickillo. Hilton and Dixon the jammer to each side.

– Xavier Grimble couldn’t finish another tough catch. Ball knocked out at the end. Plays he has to make.

– Ducre/Tucker the second half gunners. Ducre hurt his ankle downing a punt. Still ended up playing on the next series before he was finally removed. Now waived/injured. 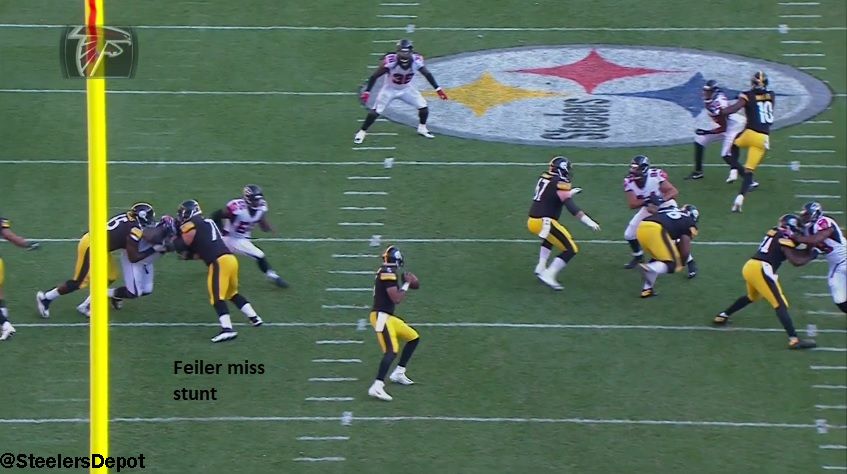 – Tyson Alualu with a ton of strength at the POA. 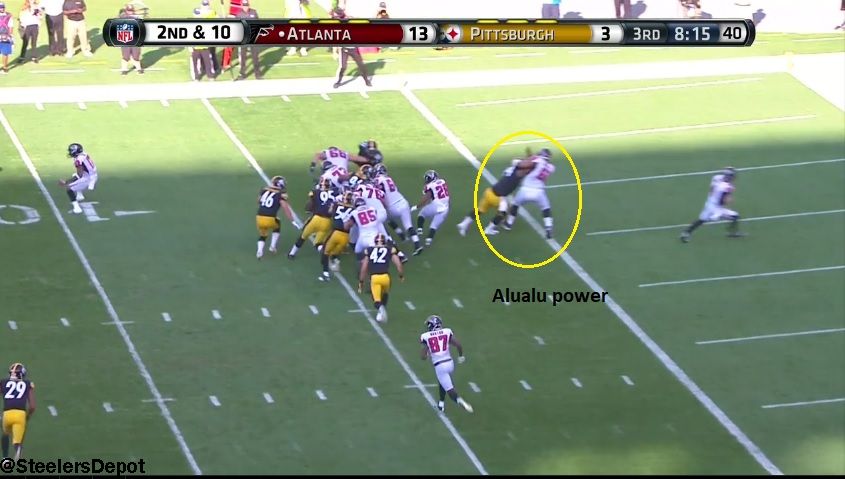 – Josh Dobbs needs to throw this ball away instead of running out of bounds and losing a couple yards. 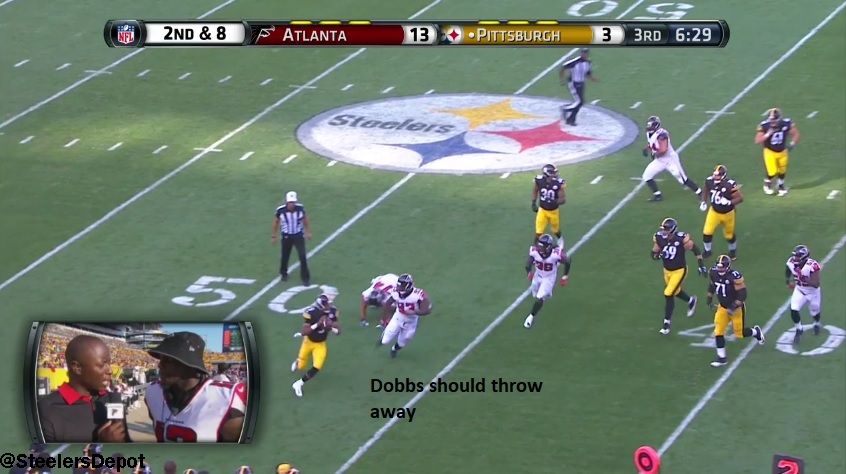 – Walton continues to show strength as the nose tackle. Not a great athlete but better for a NT. Gets penetration, forces the back wide. 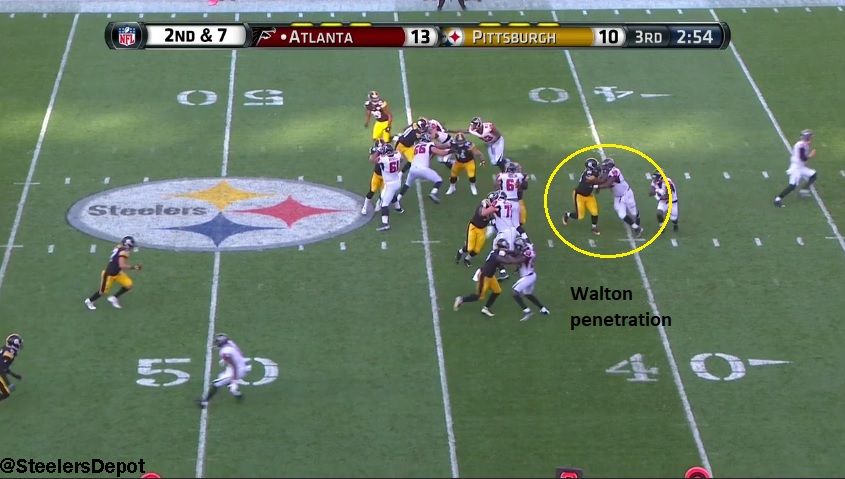 – Dobbs’ INT. Weird he took so long to throw the ball in the flat. Had time. Play he made repeatedly in camp the days before. 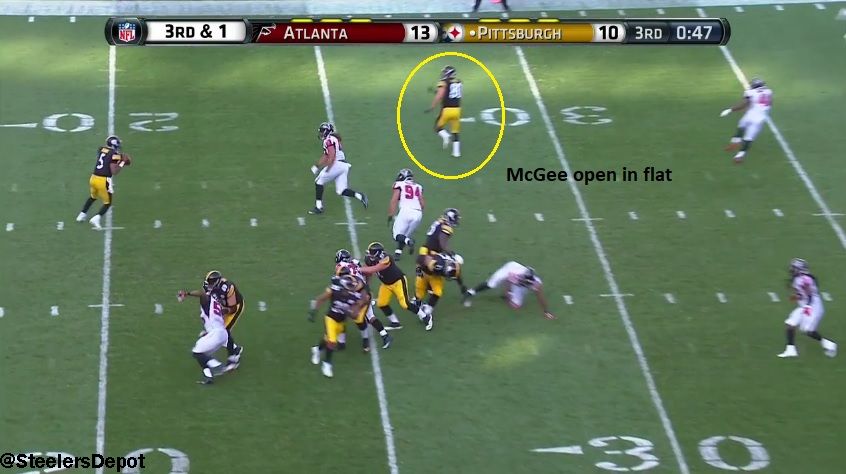 – Another SAM Fire Zone that gets Mike Hilton free. 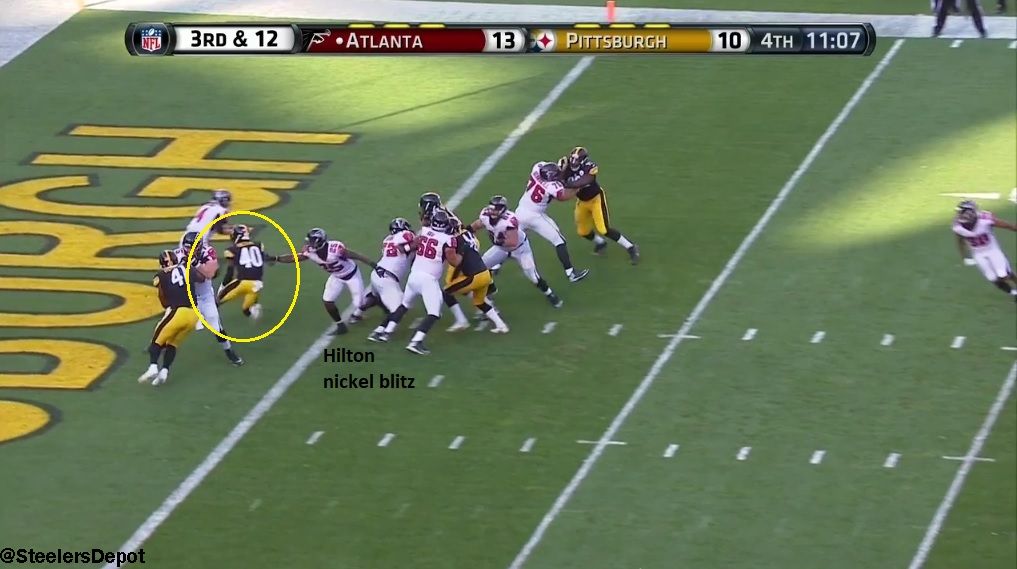 – Good kickout by Brian Mihalik on this Dart scheme (BST pull). Jerald Hawkins climbs to the second level. Better game for both of them.

– Bart Houston passes up hitting Marcus Tucker in the flat on 4th and 2 to chuck it up into triple coverage. Bad idea. 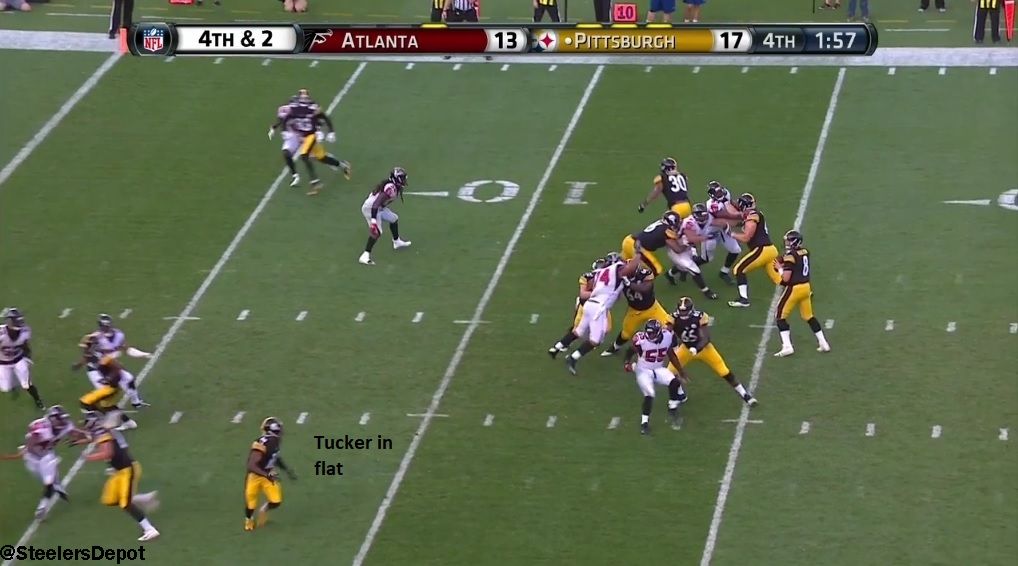 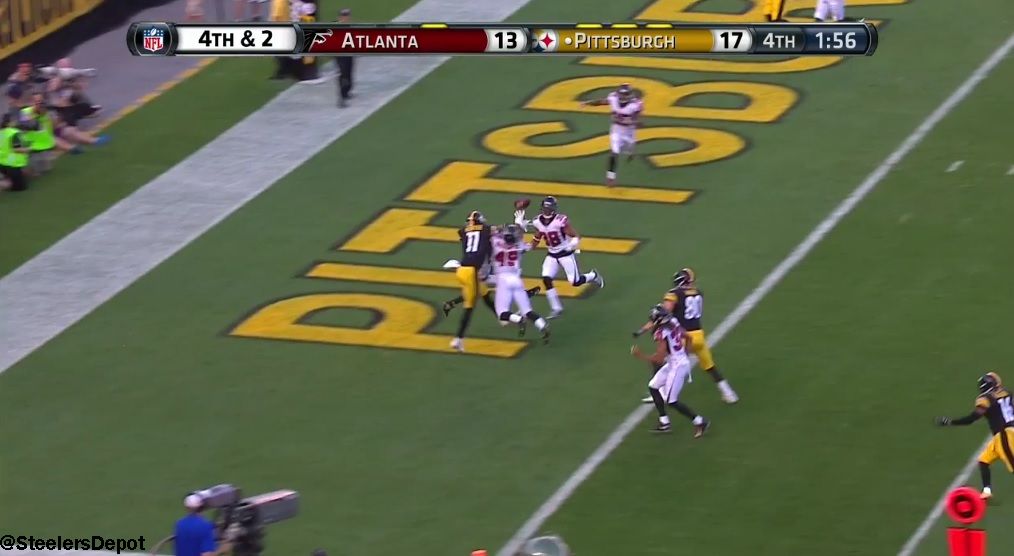