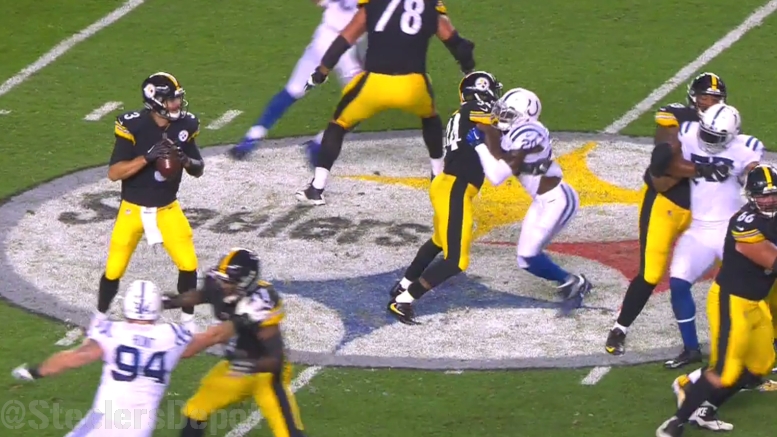 Did Knile Davis secure for himself the final roster spot for running backs on the Pittsburgh Steelers with his performance last night? It’s probable, but it’s not very exciting either. While he had a few nice runs early on, he production waned at that point as he struggled to win the edge, and his decision-making as a returner was poor.

But there wasn’t a lot of headway for the rest of the group, either, as Fitzgerald Toussaint suffered a contusion of something or other and hardly played on special teams. Trey Williams only had one halfway-decent punt return opportunity, not returning any kicks, but he did get one snap on offense, with a nice run.

Terrell Watson is probably the majority’s fan favorite to make the team right now behind James Conner—and eventually Le’Veon Bell—but the reality is that he has not been doing much on special teams to earn that distinction.

He looked good in the second half on offense, however, that can’t be denied, and Mike Tomlin was testing him, not letting him tap out when he was tired, giving him three straight carries after that.

As for Davis, the veteran of the group in his fifth season, he has shown flashes as a runner during the preseason. He didn’t get any work at all in Sunday’s game, but he showed on a few carries during the first game that he was able to make some of his own offense.

To start off yesterday’s game, that trait popped up again on the first few plays, with two runs up the left side for 21 yards combined. He also had a nine-yard reception on the drive, but his offensive production went downhill from there, and much of it came from his overeagerness to try to bounce runs to the edge.

That helped contribute to his four-yard loss on the next possession, and later a run for no gain. He had yet another run for negative yardage still later. He gained 21 yards on his first two carries and a net zero yards on his next, and final, five carries.

More noteworthy was his decision to try to return a kick from six yards deep in the end zone, only able to reach the 15-yard line. That cost the offense 10 yards of field position, which can make a big difference, though they ended up with a field goal on the drive.

He returned another kick from three yards deep out to the 18, and the opening kickoff to the 22-yard line, but the latter was kicked short of the end zone and had to be returned.

I’m not enamored with any of the RB3 options for the Steelers this year, but Davis is probably the ‘safest’ selection. Even though he showed some questionable decision-making in this game, one can expect that it was a product of pressing to make plays for a player who knows that he is on the fringe. The skills that he showed in his handful of positive plays these three games—which included a good kickoff coverage tackle in game two—probably give him the edge.