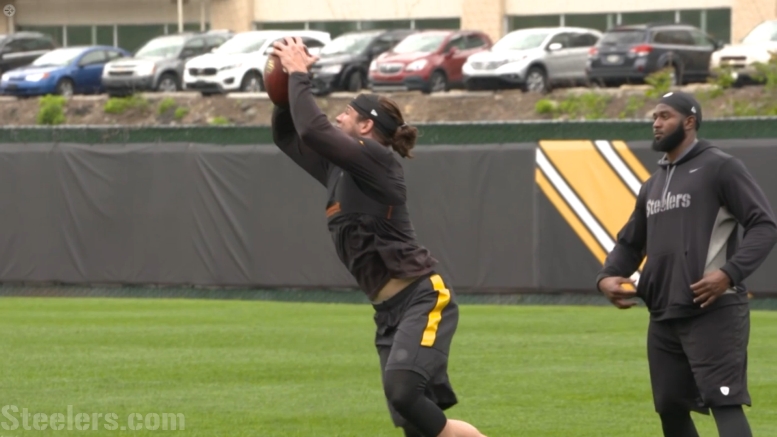 When it comes to the media side of things, we tend to refer to the period of several weeks that separate the conclusion of mandatory minicamp in mid-June to the start of training camp in mid-late July as the dead time of the offseason, rivaled only by the lulls after the Super Bowl and the Combine, and then free agency, leading up to the draft.

For the players, however, this is by no means a dead time. Not anymore, anyway, and not for decades. Once upon a time, this would actually be when players would be at their usual nine-to-five jobs, earning a living. When they showed up to training camp, it was to get into football shape.

Now that professional football is not just a legitimate career but a million-dollar job, it is expected that players come into the training camp process already highly conditioned, because, quite simply, that is what everybody else will be doing, and if you don’t keep up with the Joneses—or the Belichicks—then you could be kicked out of the neighborhood.

Pittsburgh Steelers Head Coach Mike Tomlin is in his 11th year around the block, and he has clearly lined out his own expectations of his players about being in the appropriate level of conditioning at the appropriate times. He sent his players off with a reminder via his post-practice media address about staying in shape.

One player who understands that quite well is Anthony Chickillo, the outside linebacker who is heading into his third season. Something of a workout warrior as a disposition to start out with, the former sixth-round pick prided himself in transforming his body coming into the NFL in 2015.

“It doesn’t slow down when you leave here”, he recently told reporters about what happens with the players now that they are parting from the UPMC Rooney Sports Complex before reconvening in Latrobe over a months from now.

It doesn’t slow down, but “it picks up”, he said. “You have to come back ready for training camp, ready to go. When you leave here it’s all about individual improvement. Just preparing your body, your mind for what is coming, and that is training camp”.

That is what last year’s second-round draft pick, Sean Davis, did, and that helped him get on the field immediately, even while practicing at two different positions. “It’s the tough dog days, but that is when championship teams are made”, Chickillo said. “Going through that together gelling as a team, coming together and getting ready to play the season” is where it all starts.

That, and being a highly-conditioned athlete.