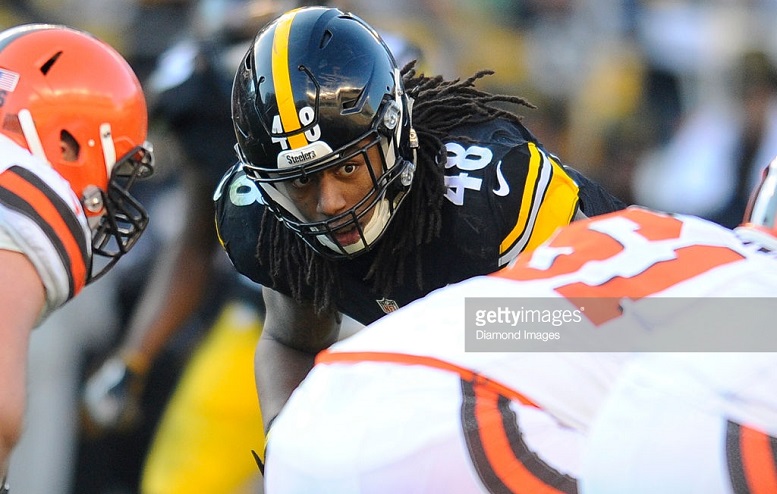 In a recent insider article for ESPN.com, Pro Football Focus ranked every NFL roster as they stand right now, focusing in particular on how the expected starters stack up in their own metrics and coming in fifth overall are the Pittsburgh Steelers.

As for the Steelers biggest roster strength heading into the 2017 season, PFF unsurprisingly chose their offensive weapons:

The strength in Pittsburgh is still its offensive weapons, with wide receiver Antonio Brown and running back Le’Veon Bell both in the conversation as the best player at their respective positions. Bell gained 3.0 yards per carry after first contact last season, breaking 47 tackles on 261 carries.

It’s hard to argue with that choice and with wide receiver Martavis Bryant expected to return in 2017 after sitting out the entire 2016 season suspended, even more offensive production will be expected out of that side of the football this season. Additionally, a total of seven Steelers offensive players, including all five offensive linemen, enter 2017 with player rankings of 80.5 or above.

The Steelers biggest weakness currently, according to PFF, is their ability to rush opposing quarterbacks:

The Steelers keep trying to find a new stud pass-rusher and successor to James Harrison at outside linebacker. Bud Dupree has been the latest swing and a miss. He has only 41 total pressures over his first two seasons in the league.

While outside linebacker Bud Dupree certainly hasn’t lit the NFL on fire as a pass-rusher since being drafted by the Steelers in the first-round of the 2015 NFL Draft, it’s important to remember that he missed just over half of the 2016 regular season due to him needing a sports hernia repaired. While Dupree has already played in 23 of a possible 32 regular season games since he was drafted, he started just 9 of those and has played a total of 878 of a possible 2,151 regular season defensive snaps (40.8%).

It goes without saying that Dupree will need to take a big step forward on the left side of the Steelers defense in 2017 and hopefully this season culminates in him registering double-digit sacks, which is something no Pittsburgh defensive player has been able to do since James Harrison and LaMarr Woodley both accomplished the feat in 2010.

PFF tabbed Steelers running back Le’Veon Bell as the team’s best starter entering the 2017 season and that’s a bit surprising based on what wide receiver Antonio Brown has accomplished so far during his career.