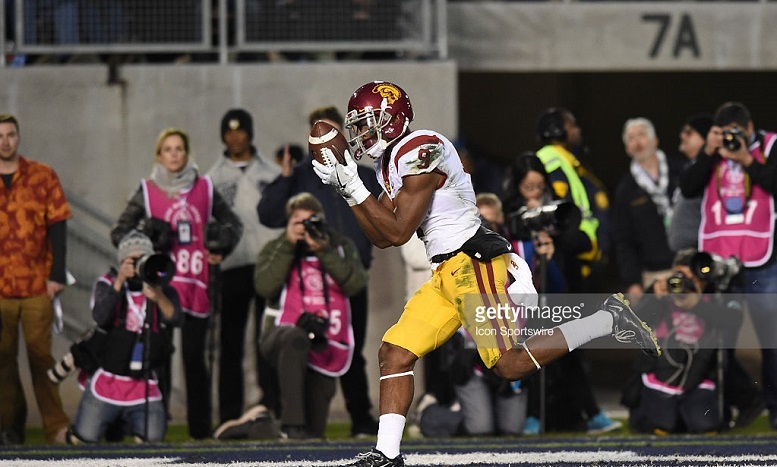 The Pittsburgh Steelers recently selected wide receiver JuJu Smith-Schuster in the second-round of the 2017 NFL Draft and the USC product had quite a productive college career that included him catching 213 passes for 3,092 yards and 25 touchdowns in the 39 games that he played in over a span of three seasons.

While we certainly will be breaking down Smith-Schuster’s college career from all angles in future posts, today we’ll have a look at all 25 of his receiving touchdowns.

While we have yet to chart these touchdowns, I want those of you who will watch the video from start to finish to tally how many of these scores went for 20 yards or more in addition to the amount of yards after the catch Smith-Schuster registered during these 25 plays. Additionally, watch how many scores came inside the red zone.