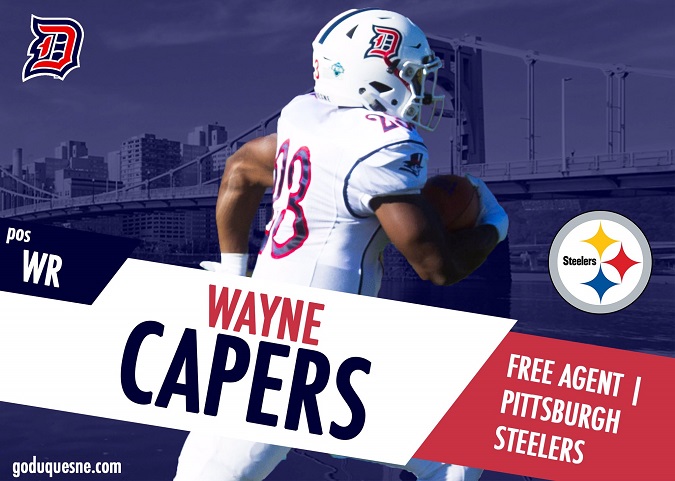 The Pittsburgh Steelers have already announced their undrafted free agents who have agreed to terms and while a few more can certainly be added, several others will likely be brought in on a tryout basis.

One of those players just might be Duquesne wide receiver Wayne Capers Jr. as you can see in the tweet below. Here is a link to his college bio.

Capers caught 105 passes for 1,837 yards and 18 touchdowns during his three seasons at Duquesne after transferring from Arizona where he was a defensive back. His father, Wayne Capers Sr., is a former NFL wide receiver who played for four seasons with the Steelers and Indianapolis Colts.

Below are his listed pro day numbers:

You also add UTEP tackle Jerome Daniels to the list of reported tryout players. Daniels played both tackle spots during his career at UTEP where Sean Kugler, the Steelers former offensive line coach, is now the head coach. Here is his college bio.

Below are his listed pro day numbers:

The Steelers annual rookie minicamp will be held from Friday, May 12 – Sunday, May 14.