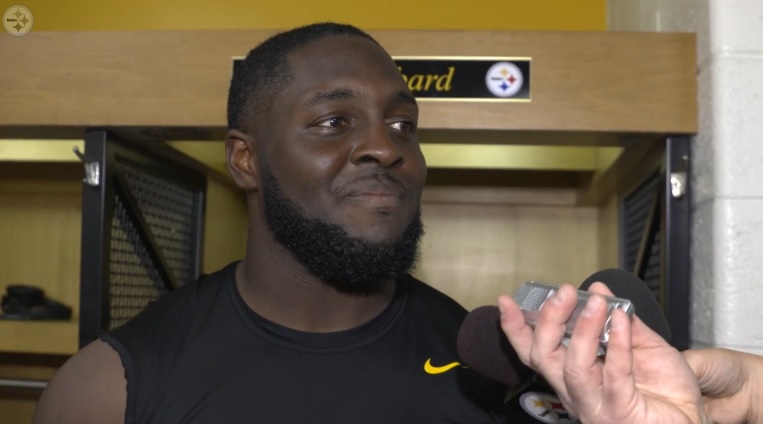 The Pittsburgh Steelers have reportedly tendered OL Chris Hubbard at the lowest level, per ESPN’s Jeremy Fowler. He sent out this tweet minutes ago.

As Fowler writes, it is the right of first refusal tender. Since Hubbard went undrafted coming out of UAB, the Steelers will only have the right of first refusal – the ability to match an offer – should any team try to sign him away. Dave Bryan wrote two weeks ago the tender should cost almost $1.8 million this season. It’s unlikely any team will come calling for Hubbard but the possibility exists.

Hubbard served as the team’s Swiss Army Knife on the roster though appeared only as a right tackle, filling in for two games after Marcus Gilbert and Ryan Harris went down with injury. In theory, Hubbard has the ability to play all five spots along the offensive line. Last year, he was also the team’s 6th offensive linemen, following Harris’ injury, a role he did well in and the team often leaned on. Todd Haley even had him run a route.

In total, he played 325 offensive snaps.

He’s been often counted out by Steelers’ fans but his versatility and better-than-expected play has carved out a role on the roster. There’s no guarantee he’ll make the team in 2017 but the odds look better than him getting cut given his versatility that no one else on the team can compete with.