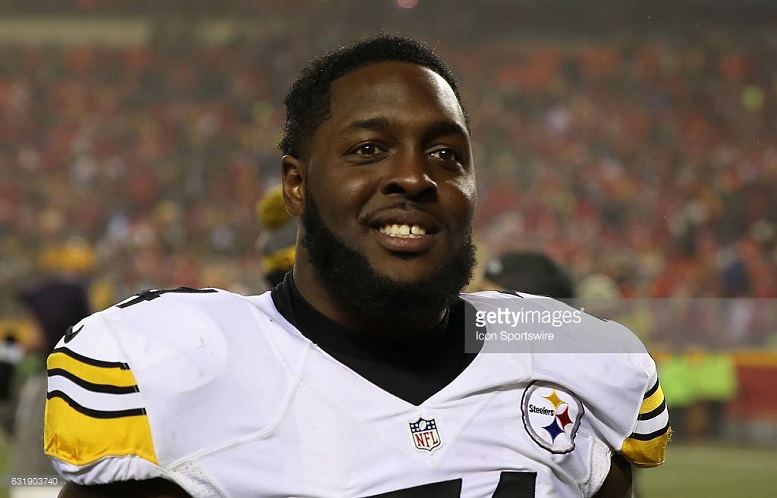 While the Pittsburgh Steelers have been busy tendering and ultimately re-signing several of their exclusive rights free agents so far during the offseason, they’ve yet to do anything with their two players who are set to become restricted free agents, cornerback Ross Cockrell and tackle Chris Hubbard. While it’s pretty much a forgone conclusion that Cockrell will receive, at worst, an original round tender, the same can’t be said about Hubbard.

Hubbard, who was signed originally by the Steelers as an undrafted free agent in 2013, has been on the team’s 53-man roster since 2014. While he has played several positions on the Steelers offensive line in regular season games over the course the last three seasons that included four starts, he’s still only logged less than 400 offensive snaps worth of playing time during that span with most of it coming in 2016.

When given the opportunity to start three times at right tackle for the Steelers this past season in place of an injured Marcus Gilbert, Hubbard represented himself reasonably well. Most of his other playing time on offense included him being used on the end of the line of scrimmage as a blocking tight end where he also fared well.

With the above noted, Hubbard still isn’t likely to be considered starter-quality and because of that, the Steelers need to think long and hard about whether they want to place a right of first refusal tender on the Alabama-Birmingham product. At last check, the amount of such a tender was expected to be about $1.9 million and not guaranteed.

Even if ultimately tendered, however, it wouldn’t prevent other teams from signing Hubbard to an offer sheet that the Steelers would have the right to match. Additionally, rarely do we see tendered restricted free agents sign offer sheets with other teams and especially when it comes to backup offensive linemen. So, tendering Hubbard would likely result in him being back in training camp once again fighting for a spot on the teams’ 2017 53-man roster.

On the surface, it would make sense to tender Hubbard to nearly guarantee he’ll return to battle for a roster spot. However, the Steelers could ultimately decide to roll the dice with him and see if another team wants to sign him during the first several weeks of free agency. If he doesn’t receive any offers during that time, the Steelers might be able to re-sign him to a one-year contract for the minimum, which in his case would be $690,000, or a savings of $1.21 million.

Now that I have laid out everything for you when it comes to Hubbard, I’ll let you decide if he’s worth restricted tendering over the course of the next several weeks.