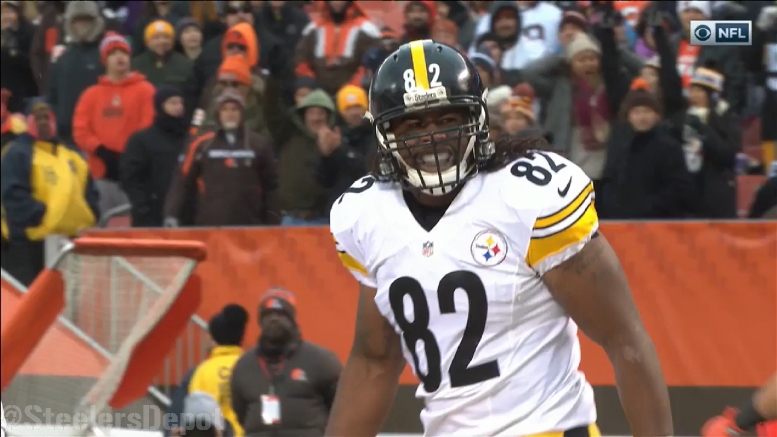 With the 2017 NFL legal tampering period now underway, the Pittsburgh Steelers have several players who are set to become unrestricted free agents on Thursday. One of those players is tight end David Johnson and apparently the Steelers have interest in re-signing him.

According to Jeremy Fowler of ESPN.com, the Steelers are hoping to re-sign Johnson, who caught 7 passes for 80 yards last season in the 259 total offensive snaps that he played. While Johnson also played 84 total special teams snaps during the 2016 regular season, he failed to register a single tackle.

Last year, Johnson signed a one-year minimum salary benefit contract with the Steelers and one would think he’s looking at another one of those type deals if he wants to remain in Pittsburgh.

Even if Johnson is ultimately re-signed, there is no guarantee he’ll make the team’s final 53-man roster out of training camp.

Johnson was originally drafted by the Steelers in the seventh round of the 2009 NFL Draft out of Arkansas. After playing his first four years in the league with the Steelers, Johnson played the next two years with the San Diego Chargers.