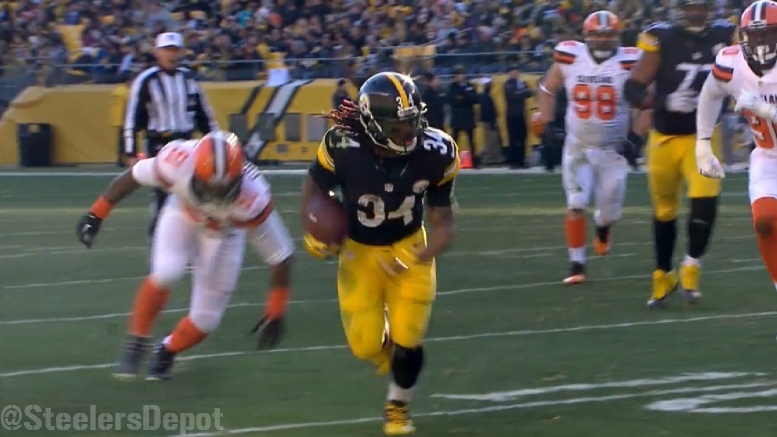 While the Pittsburgh Steelers have managed to address a lot of depth issues this offseason, there are perhaps two positions above others at which fans are less comfortable about the quality of the reserves. Outside linebacker would be one, though they did add Genard Avery, and recently brought back Tuzar Skipper.

Running back would be the other, and they haven’t added to that group at all outside of a pair of rookie college free agents, unless you want to count sixth-round pick Connor Heyward, who is being trained in the tight end room right now and is obviously not a traditional running back—closer to a fullback, really.

Not to dismiss the potential of Jaylen Warren or Mataeo Durant, but there are many who hold the opinion that the Steelers lack quality behind their young starter, Najee Harris. They even subtracted from last year’s roster by not bringing back Kalen Ballage. Benny Snell remains the number two, while Anthony McFarland will try to make the roster and contribute for a third time.

You can include Gerry Dulac of the Pittsburgh Post-Gazette among those who believe that the running back position remains one that the Steelers should be addressing between now and the start of the regular season. “They could use a DeAngelo Williams type”, he said, to back up Harris. “The ones they have are certainly not that”.

A former Pro Bowler and first-round pick, Williams arrived in Pittsburgh at the end of his career in 2015 to serve as a veteran complement to their then-young starter, Le’Veon Bell, who had a breakout season a year earlier.

Bell was hurt in the first half of the season, pushing Williams back into a starting role, with 10 starts in all over 16 games. He rushed for 907 yards on 200 carries and tied for the NFL lead that season with 11 rushing scores. He also had career highs with 40 receptions for 367 yards.

Williams’ second season in Pittsburgh in 2016 was marked by injury, but he still started four games, rushing for 343 yards and adding another 118 receiving, with six total touchdowns, including two receiving touchdowns.

Snell is the closest thing the Steelers currently have to a proven commodity. He has 892 career rushing yards over three seasons on 255 attempts, averaging 3.5 yards per carry, with six rushing touchdowns, along with 97 receiving yards on 15 receptions. He totaled 111 yards on 38 touches in 2021, averaging 2.9 yards per touch.

David Johnson is perhaps the most realistic target among experienced veteran running backs. Now 30 years old, the former All-Pro has spent the past two years in Houston, albeit as a reserve last season. Earlier this month, the free agent responded to a fan on Twitter, following an unproductive visit with the Saints, that the Steelers “would be a great place to be at”. However, it is unclear what it would take to sign him.