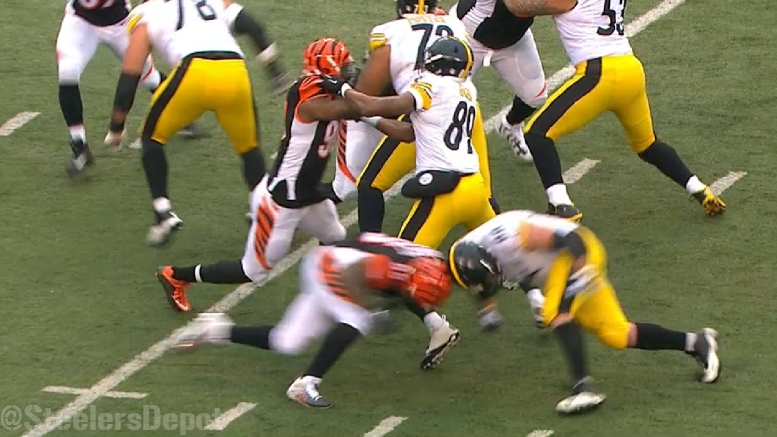 The annual league meetings tend to be a treasure trove of information that often comes in forms that are not always anticipated. So frequently are individuals made available to the press in some form or another that ordinarily would not be heard from over the course of the rest of the NFL calendar.

One of the interesting bits of information that was passed along yesterday came courtesy of Dr. Jeff Crandall, who is the chairman of the engineering subcommittee of the league’s head, neck, and spine committee. He met with reporters along with health and safety policy vice president Jeff Miller to talk about a number of issues.

While they reported an 8.7 percent decrease in the frequency of concussions during the 2016 season, and cited a 40 percent reduction in the number of concussions occurring as a result of helmet-to-helmet contact, the most interesting information passed along during this section was the potential in the relatively near future for the league to adopt position-specific helmets with an eye toward cognitive protection.

A player such as a wide receiver who may only possess the ball on five or six opportunities a game and is otherwise generally in open space, but could be subject to an explosive hit, would naturally benefit from a helmet that is designed with a greater emphasis on the sort of impacts that a person playing his position would be expected to be subject to.

“We know players in different positions receive different types of severity and frequency of impacts”, Crandall said, adding that “we think a position-specific helmet makes sense”. It does, when you consider that other protective elements of the players’ uniforms, such as shoulder pads, are already customized to a degree based on the player’s position.

Crandall iterated that the first step in this direction is to create a reliable sensor that can be placed in the helmets to detect the frequency and severity of impacts. The league would then collect data and pass it along to their equipment manufacturing partners in order to begin the process of establishing position-based helmets.

He did say that the hope is that such a sensor could be found by 2018 or 2019, which could conceivably see the position-specific helmets introduced into the league by 2020. Anybody who has been following my writing for any period of time knows my interest in this subject, so you can be sure that I will be monitoring the development of this technology.