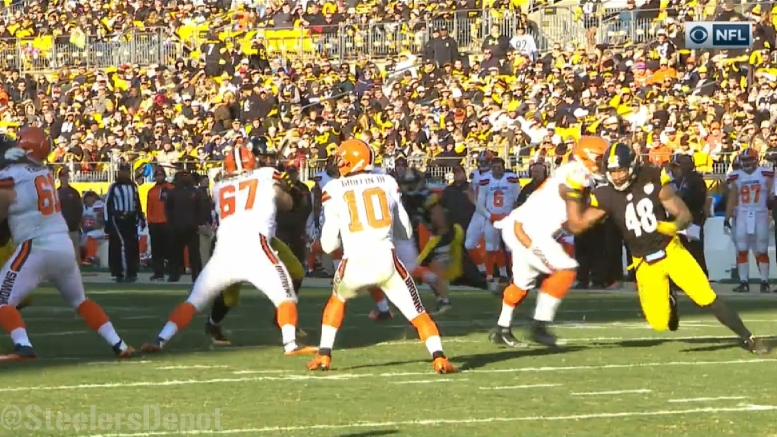 The Cleveland Browns did themselves and their quarterbacks no favors when they allowed two of their best starting offensive linemen to depart in free agency. Pro Bowl center Alex Mack joined up with the NFC Champion Falcons, while right tackle Mitchell Schwartz also saw himself donning a new set of colors following the conclusion of his rookie contract.

In spite of the fact that they have a future Hall of Fame left tackle in Joe Thomas, the departures left the Browns’ line depleted, and further injuries over the course of the season proved to be disastrous, leaving the unit, and several of their quarterbacks, in shambles.

I may have lost exact count, but there were at least seven or eight instances over the course of the regulars season during which a Browns quarterback was forced to leave the game due to injury. It happened in the first two games alone, and Cody Kessler, their rookie third-string quarterback, was knocked out of three separate games.

Even Charlie Whitehurst was knocked out of a game, if you were even aware that he was ever on their roster. That’s how bad it was. They gave up 66 sacks, by far the most in the league, and it could have gotten a lot worse.

But is the Browns’ offensive line really in that bad shape heading into the 2016 season? Let’s consider some of the predictable developments that will lead to the unit looking different from what we saw through most of the past year.

The biggest difference will be getting fourth-year guard Joel Bitonio back. He was limited to just five games due to injury, and he has shown himself to be a quality starter since starting every game in his rookie season in 2014.

Their other guard didn’t have much more luck, either, as John Greco, the veteran, was limited to starting 12 games, and many of them—maybe even the majority, if I recall correctly—resulted in him being forced to play out of position.

Getting Bitonio and Greco back will give the Browns at least three quality starters to work with, although they are still relying upon significant improvement from Erving, their former first-round pick who was starting at center for the first time last year. Austin Pasztor did an overall reasonable job at right tackle, but this position can be improved, and they have the resources to address it.

They also addressed the line on the coaching level, replacing Hal Hunter with the veteran Bob Wylie with whom Hue Jackson previously worked in Oakland. With health being a big factor, the Browns might not have to do anything nearly as dramatic as it might seem to significantly improve their pass protection.