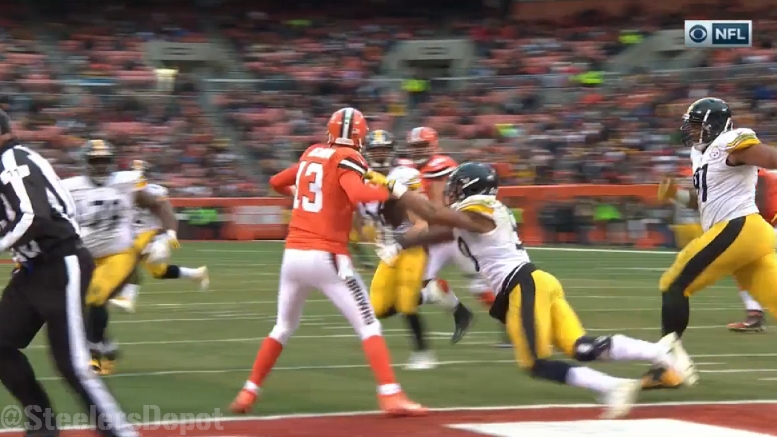 The Cleveland Browns cleaned house quite a bit last offseason when they dumped their head coach, much of their front office personnel, and quite a bit of their roster to boot. But they didn’t get everything out of the way, including two veteran free agents that were carryovers from the previous regime. Quarterback Josh McCown and cornerback Tramon Williams both found themselves with reduced roles under head coach Hue Jackson in 2016.

Now they are trying to find employment after the Browns officially released both veteran players. And neither should be much of a surprise. Cleveland is committed to finding themselves a new starting quarterback (rumors are that they want to trade for Patriots backup Jimmy Garoppolo), and McCown is certainly not that. Williams went from a starter to a reserve pretty quickly.

McCown will turn 38 during the offseason as he searches for his eighth different team in 15 years. He started 11 games for the Browns over the span of the past two seasons after entering the 2015 season as the starter. He threw 18 touchdowns versus 12 interceptions, including six of each in three starts (and parts of other games) in 2016.

The highlight of his career was clearly the 2013 season in which he found time in the starting lineup while with the Bears due to injury. He made five starts and completed two thirds of his passes, averaging more than eight yards per pass attempt, throwing 13 touchdowns and just one interception. That landed him a chance to start for the Buccaneers in 2014. The fact that they were able to draft Jameis Winston with the first-overall pick the next year should tell you how that went.

As for the veteran cornerback, Williams will turn 34 next months, which is certainly getting long in the tooth for the position. A former undrafted free agent in 2006, he gradually improved over nine years with the Packers, including a Pro Bowl season in 2010 when they won the Super Bowl over the Steelers.

He signed a three-year contract worth $21 million two years ago, but he only recorded two interceptions and 15 passes defensed over two years. He only started seven of 12 games in the slot for Cleveland in 2016.

These are pieces that the previous Browns regime added, and the new one is just cleaning house. They did the same with the releases last year of aging veterans Donte Whitner and Karlos Dansby. They chose to sign these aging free agents while declining to retain some of their own young talent at the same position.

Cleveland is coming off a dismal 1-15 season, so it will be interesting to see how they tackle this offseason. They have the firepower to make a big impact in both free agency and the draft, and there is certainly plenty of room for improvement on the roster. There were major changes made a year ago. We may be in for the same once again for the Browns.