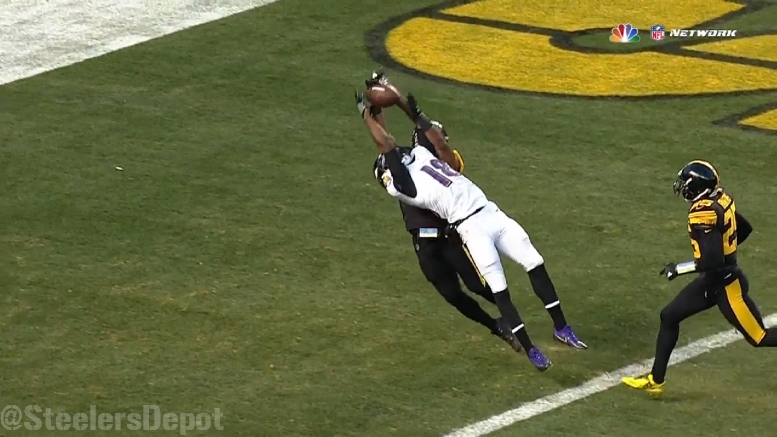 Free safety Mike Mitchell has been the Steelers’ most important acquisition in free agency in some years—perhaps since the last free safety that they acquired in free agency—though that hasn’t always earned him the appreciation of the fan base.

Mitchell had what I would say was a fairly typical season for him over the three-year span in which he has been with the Steelers, representing some notable highs and lows. While he got his hands on 10 passes, including one interception, he did not add to his forced fumble total.

He tends to get a bad rap for his tackling, but for every high-profile miss that he has (such as at the end of the Ravens game), he has a couple of under the radar tackles in the run game, which is a point that I tried to make late in the season during one film study session piece. I would recommend reviewing that piece here in order to illustrate my point.

Mitchell is not a perfect player by any means, and probably makes a mistake or two more than you would typically like to see from your starting free safety, which can get frustrating at times. He has a tendency to lose track of a receiver when the ball goes over his head and struggles to tackle the catch in those situations, for example.

But he makes a lot more plays than he is given credit for, as attested to his 77 tackles on the year, three shy of the career-high 80 that he posted in 2015. He also recorded his first sack with the Steelers during the Wildcard game against the Dolphins, forcing a fumble that the Steelers recovered in the process.

Mitchell’s performance in the early portions of their late-season winning streak was integral in igniting that fire. During the first three games of that run, he recorded 18 tackles and deflected six passes, intercepting another. I believe it was in one of those games that he saved a touchdown.

The former second-round pick will turn 30 before the next season starts, and he has two years left on his contract. It will be interesting to see what the next two years hold for Mitchell heading into his next opportunity to hit free agency, and if the Steelers will still be in his future. Of course, he could be signed to a modest extension in his final year.