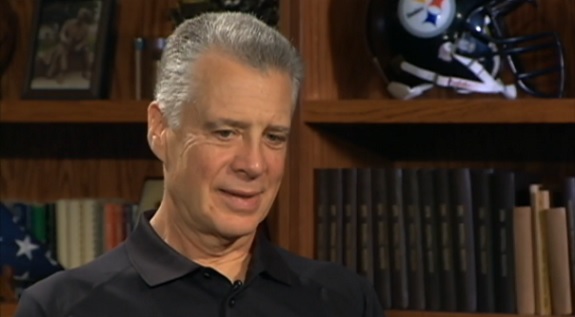 Last week it was reported that the NFL will investigate how the Pittsburgh Steelers handled running back Le’Veon Bell on the team’s injury report in light of the team admitting they knew ahead of the AFC Championship game that the player was dealing with some sort of problem with his groin.

On Tuesday, Steelers team president Art Rooney II reportedly said during his annual end-of-the-season meeting with the local media that he’s doesn’t expect the injury report situation with Bell to be a major issue once the team provides the league with some information, according to Gerry Dulac of the Pittsburgh Post-Gazette.

Bell, who left the AFC Championship game against the New England Patriots late in the first quarter with a groin injury, said after the contest that he been managing that injury for some time. That following Tuesday, Steelers head coach Mike Tomlin also indicated that he knew Bell was dealing with his groin issue.

“He was doing a great job of managing it,” Tomlin explained. “It didn’t cause him to miss any practice time, let alone game time. It was just something to manage. I think when you look at the journey that is the season, I think that just about every guy down there is dealing with and managing something in effort to stay on the grass.

“So, I was aware of it, but it wasn’t significant to the point to where it affected planning or the anticipation of planning in any way. It’s unfortunate that it became an issue in-game, but it wasn’t something that was on our radar from that perspective.”

The Steelers had listed Bell as missing practice on their Wednesday injury report as “not injury related” ahead of their game against the Patriots. Bell then proceeded to miss the team’s Thursday practice as part of an excused absence as the running back reportedly had to fly to California for the birth of his new baby.

Bell, however, returned to the team on Friday and was listed as practicing fully and because of that he wasn’t given a pre-game injury designation.

It will be interesting to see how the league ultimately rules on Bell’s situation and if they find the Steelers guilty of any wrongdoing. It doesn’t sound like Rooney expects that to happen and that’s certainly great news if that indeed is the outcome.