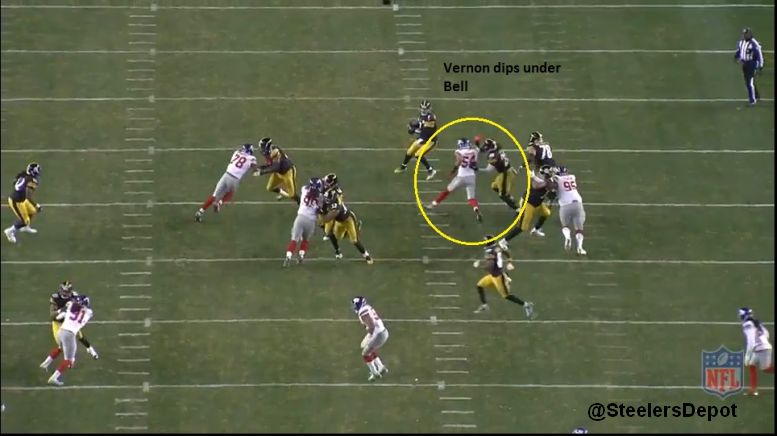 Hey, haven’t had to do one of these in awhile. Almost forget how.

Pittsburgh is actually trying to run a fake screen here, like they hit on Ladarius Green’s touchdown. Dressed up a little differently, Ben Roethlisberger pumps the swing throw to Le’Veon Bell in the left flat but the Giants don’t bite (The Steelers created a stronger influence later in the game and hit Green down the seam).

Roethlisberger comes across the field but that’s well covered too. So kudos to the Giants, they didn’t bite, plastered everyone across the board, and there is absolutely nothing available for Roethlisberger within the structure of the play. 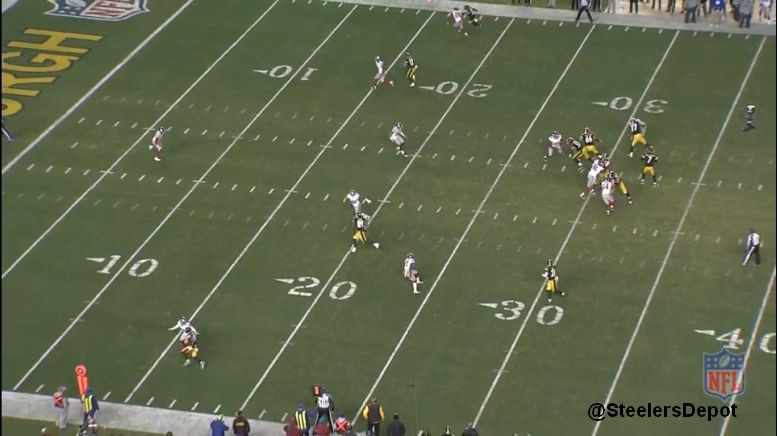 To the line. RDE Oliver Vernon is lined up in a wide technique pre-snap against Alejandro Villanueva. Villanueva responds by trying to get a lot of width on his kickslide but Vernon reads him well and counters inside. Villanueva is forced to try to mirror and recover but he doesn’t have a lot of time and space.

#96 Jonathan Hankins walks back Ramon Foster into the pocket on a bull rush. Foster does hold on, and when you face a 315+ pound defensive tackle, that is generally good enough. But Foster getting pushed back gets in the way of Villanueva as he tries to mirror Vernon, who works inside and over Foster/Hankins en route to Roethlisberger. 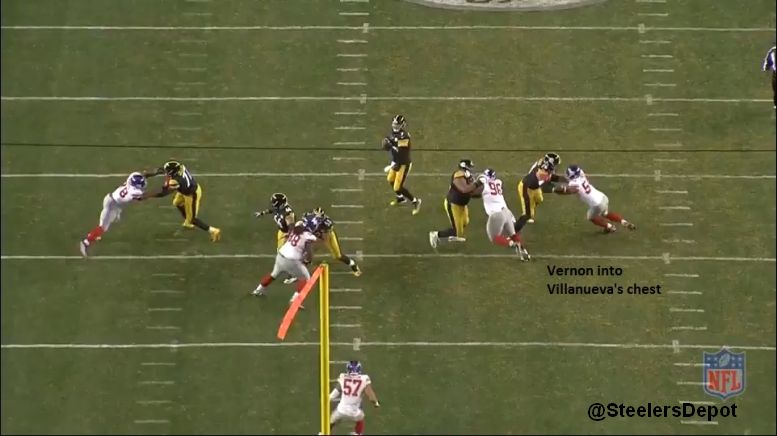 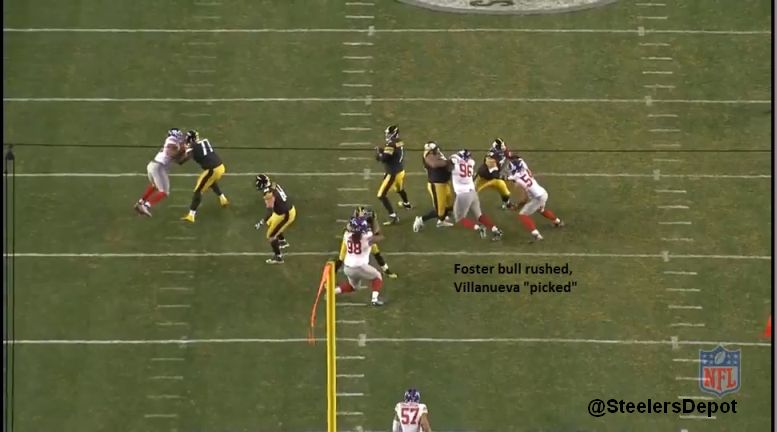 And so down Ben goes.

There’s a lot of issues here and a tip of the hat to the Giants all around but I’ll keep the focus on the line. Half on Villanueva for getting beat inside and half on Foster for – even though it is hard to avoid – basically setting a pick that blocked out his own dude.

Blame: Half on Alejandro Villanueva, half on Ramon Foster

Think this is the first time all year there’s been a sack that wasn’t out of 11 personnel. Playaction from Roethlisberger. Again, some similar problems. Villanueva getting wide, Vernon crossing his face and beating him inside. 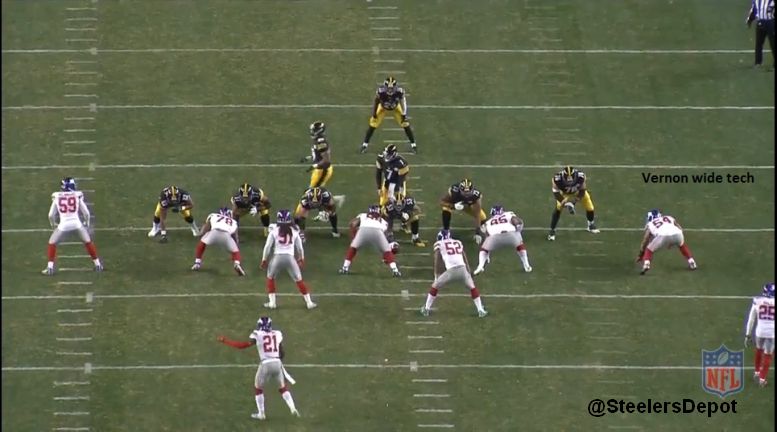 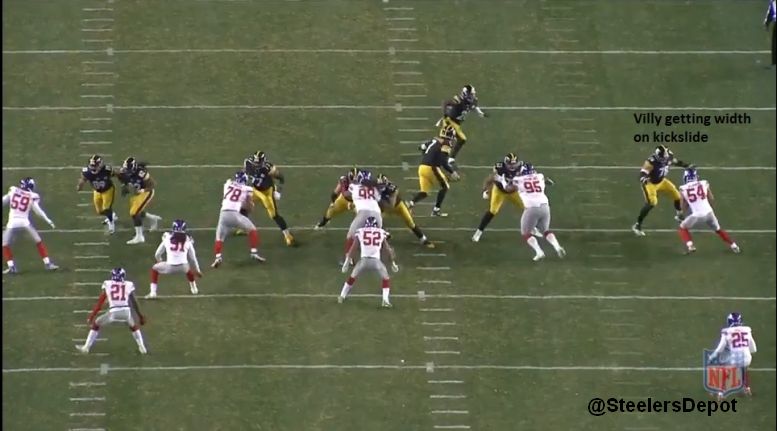 At the time, I wasn’t sure if Le’Veon Bell had some B gap responsibility in the pass protection fit – you can’t forget about how the backs get involved in this too – but with the playaction and wide path he takes to sell it, I don’t think that’s the case.

Still, it’s fair to say Bell, who is normally great in pass pro, doesn’t do a great job against Vernon. It isn’t a two way go for the end, Bell just needs to use his hands and help take away the angle before Villanueva can recover and give help.

But Vernon is able to dip past him and bring him down.

We’ll split the blame again. Half on Villanueva for starting the problems and half on Bell for not doing much to stop the bleeding.

Blame: Half on Villanueva, half on Le’Veon Bell