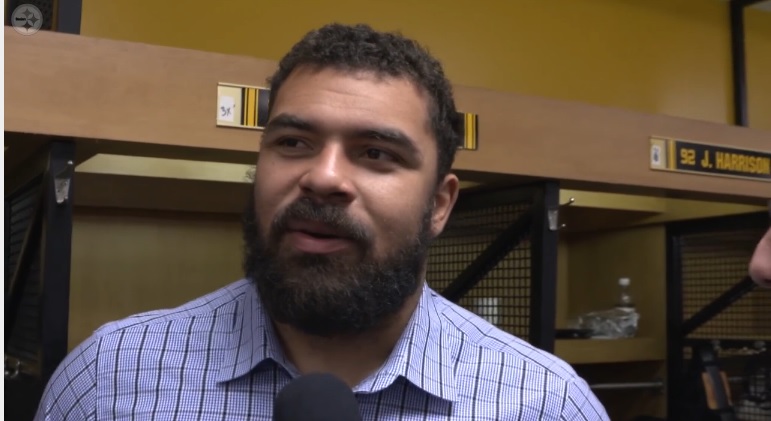 It wasn’t an easy win. Those ones are hard to come by against the Baltimore Ravens. But it was a win and in the end, that’s all that matters for anyone who was rooting for those sweet black Color Rush unis.

At the start of the fourth quarter, those winning odds appeared bleak. A quick Twitter scroll had declared he game over, even from beat writers who typically don’t fall prey to the knee-jerk reaction of the moment.

Perhaps the only people who still gave themselves a chance were the 53 players on the field. And that’s all that mattered. They had been in the moment before, down in big games, though granted, not in a moment like this.

But it’s the culture, the attitude, and tight-knit nature of the Pittsburgh Steelers that brought them back from the brink. That’s what players pointed to after the game.

“We got a lot of heart,” Lawrence Timmons said in Steelers.com’s Around The Locker Room segment. “We’re very resilient. We may bend a little but we don’t break. But we’re all about heart here. We play for each other.”

It’s a culture that’s been farmed since Mike Tomlin’s first days here. But to some players, as the roster has undergone some sweeping changes in recent memory, it’s what they’ve been able to create lately that keeps players sticking around for at least one last ride.

“To be around just family. Be around brothers. Be around people you’re familiar with. That was big in my decision,” William Gay said, responding to why he decided to re-sign with the Steelers this offseason. “It shows because family always goes through adversity and you sometimes prevail. That’s what we did tonight.”

Even Cam Heyward, despite being on IR for several weeks, was interviewed after the game and spoke to the same idea.

“Just the mental toughness of this team,” he said. “We were down [10 points] at one time. And we answer with 14 points. Just the roller coaster. The fact that we kept fighting.”

Watch the broadcast carefully and you’ll see Heyward, still a heavy presence on the sideline, hiding behind coaches like a real-life Elf on the Shelf. Watching, coaching, encouraging when the moment called for it.

The comeback was monumental. Not just to vault the Steelers in the playoffs, that was obvious enough, but to reaffirm the Steelers as a close-knit family, willing and able to overcome any situation. And with the playoffs looming, where they’ll be tested like never be, that’s as useful thing to have as any one player.