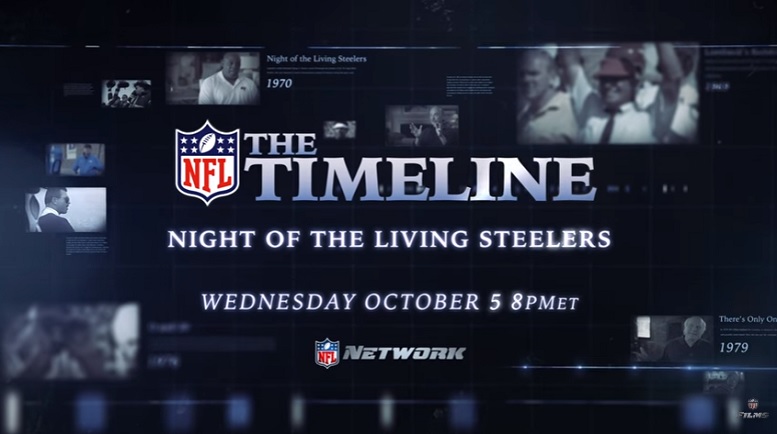 An upcoming show on the NFL Network is sure to interest fans of the Pittsburgh Steelers.

A new episode of NFL Network’s series The Timeline will center around filmmaker George Romero and how his films became a cultural icon, much like the Steelers of the 1970s did. The show, Night of the Living Steelers, premieres this Wednesday at 8:00 PM Eastern on NFL Network.

The one-hour show focuses on the connection between Romero’s films and the Steelers, as well as focuses on the 4 Steelers-based films Romero made during the 1970s.

Below is a video trailer for the upcoming show and make sure tune in Wednesday to discover how the master of horror is connected to the Steel Curtain. You can read more about Romero in this article that was posted a few months ago in the Pittsburgh Post-Gazette.