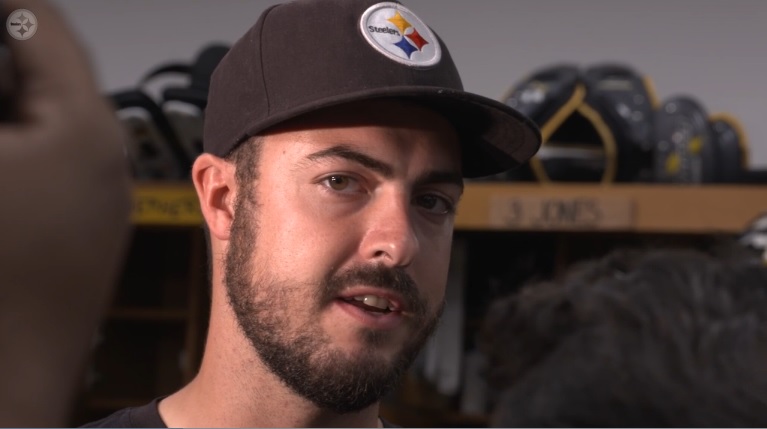 You know him. You are generally distasteful of him. But Landry Jones is almost certainly going to be the Pittsburgh Steelers starting quarterback Sunday afternoon.

In what would be his third career start, Jones has no concerns over not knowing what to expect.

“Now I have a couple games where I’ve had to go in as a starter, or if Ben goes down, having to go back in, so it’s just an old hat,” he told reporters earlier today. “You know what to expect out there.”

Jones saw his first NFL action a year ago tomorrow, relieving an injured Mike Vick and rallying the Steelers to a 25-13 win over the Arizona Cardinals. He completed 8/12 passes that day and tossed two touchdowns.

He earned the start the following week, an uneven game in a 23-13 loss to the Kansas City Chiefs. He completed 55% of his passes, threw one touchdown, and two interceptions.

In the last week of the season, he was called upon again, making the start against the Cleveland Browns. It lasted just one series before he got hurt and replaced by Ben Roethlisberger, who would go on to help beat the Browns in blowout fashion.

He replaced an injured Big Ben in the Wild Card game, promptly tossing an interception and completing just two passes for 11 yards.

For Jones, he’s ready. But he won’t even admit he’s the starter this week, even if we all know it.

“[The team] hasn’t said. Or if I’m even going to play on Sunday. You never know with how [Ben’s] going to be feeling or what’s going to go on.”

Jones did accurately note Philip Rivers once returned from a knee scope in six days though that was for the 2008 AFC Championship game. The stakes aren’t quite as high right now.

In the likely scenario where Roethlisberger sits, Jones mentioned the impact he can still have on the game.

“You draw from his experience and his ability to see the field is what I draw from him. And trust in what he’s seeing out there. In Kansas City, there’s things he’s picked up on I wasn’t seeing and throughout the process of the whole game.”

Mike Tomlin will hopefully give a concise answer on who his starting quarterback will be at noon tomorrow.