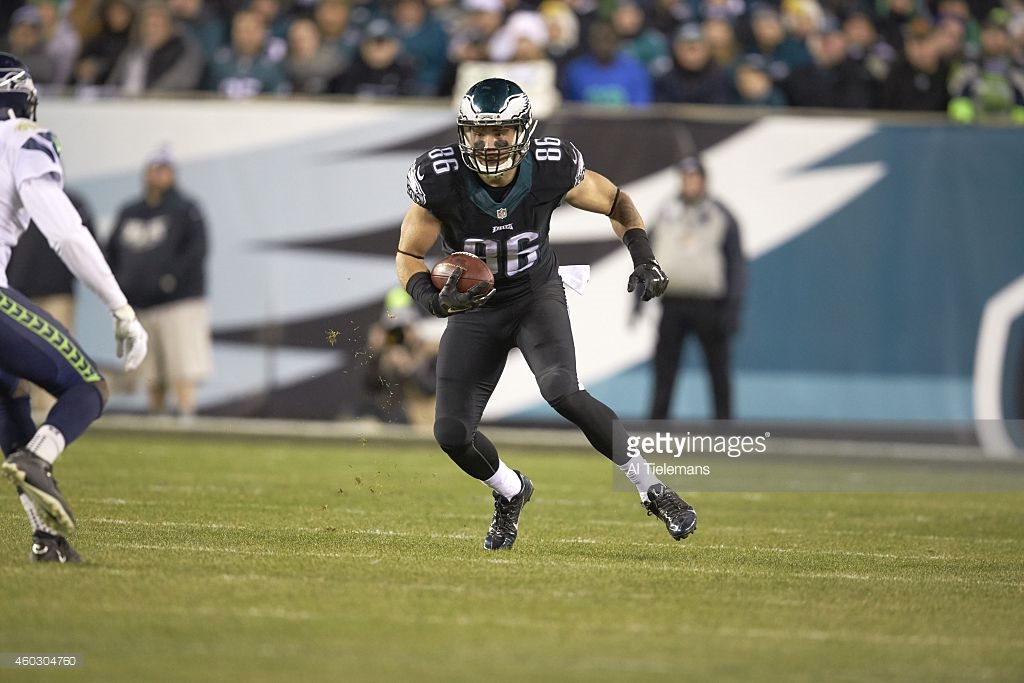 Your first early look at the suddenly 2-0, talk-of-the-town, Philadelphia Eagles.

Pederson said Ertz and McKelvin are day-to-day and will be game-time decisions for Steelers.

Both players were held out of Monday night’s victory over the Chicago Bears. Ertz injured his ribs in Week One while McKelvin is dealing with a hamstring injury.

Ertz’s injury appears to be more serious after his ribs displaced, but didn’t break, under his collarbone. From a Philly.com article a week ago.

“Ertz did not fracture any ribs, according to Pederson. But the first rib, which is near the collarbone, displaced itself under the collarbone. It’s an injury without much precedent in the NFL – at least when it’s not a part of a bigger injury, such as broken ribs.”

He managed to finish out the game and then underwent more tests, revealing the exact nature of the injury. He’s been one of the team’s top two weapons, along with receiver Jordan Matthews, and signed to a long-term deal in the offseason.

Brent Celek will again get the start if Ertz is not available.

McKelvin is considered their #1 cornerback after signing with them in the offseason in part of their revamped secondary. Injuries have always bothered him and he hasn’t played more than ten games in any season over the past three years.

The Eagles will roll with Ron Brooks, Nolan Carroll, and rookie Jalen Mills if McKelvin misses Sunday. Mills was picked on by the Bears last night, struggling against Alshon Jeffrey.