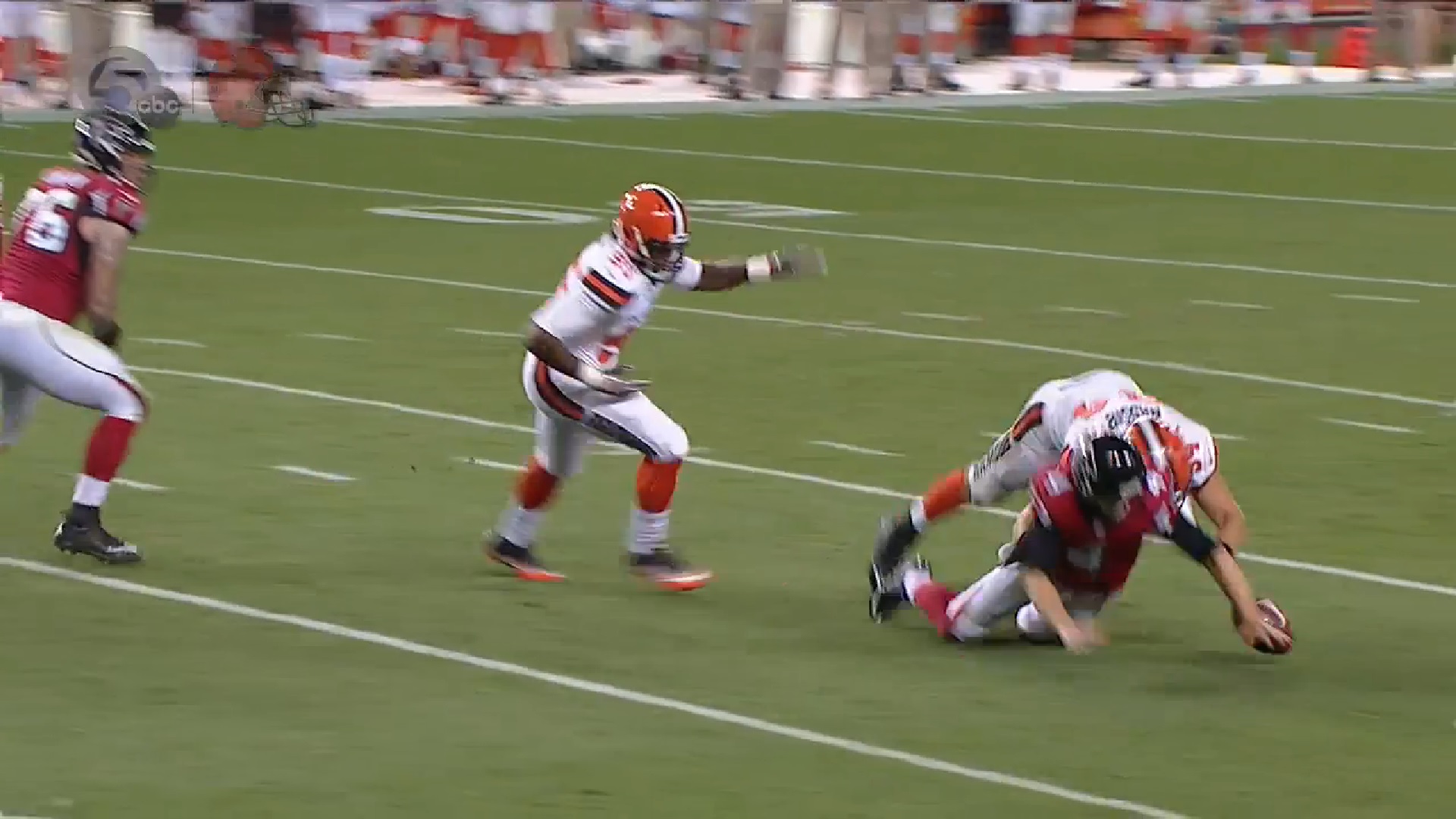 Every time the Cleveland Browns draft a new regime, there seems to be at least a small contingent who appear to think that what the latest regime is doing is going to finally start righting the ship. They have, of course, but unilaterally wrong thus far, if you go by wins and losses.

But the latest regime—and by that I mean specifically the one that is helmed by head coach Hue Jackson—has been, I think, off to a good start, putting together a solid draft, though ultimately their quarterback situation will be the greatest barometer of where they are in their development.

One draft pick that has been doing pretty well for himself thus far is third-round defensive tackle Carl Nassib, the Pen State product who has already put up some statistics and shown some intriguing potential through the Browns’ first two preseason games.

Nassib recorded three tackles and a sack in his first game against the Packers last week. A few days ago against the Falcons, he recorded a second sack, produced a fumble, recovered fumble, and also notched a pass defensed. He actually recorded two sacks in the game, but the first was negated by a penalty in the secondary. The ability to produce impact plays as a rookie—albeit against lesser competition—could bode well for his playing time.

The 6’7”, 275-pound defensive end is currently listed as the Browns’ third-string right defensive end, with second-year Xavier Cooper, also a third-round pick, playing ahead of him, as is Armonty Bryant. With John Hughes recently returning to the team, he has been working with the starters, though he does not profile as a prototypical 3-4 end.

As for Bryant, he has previously spent his time at outside linebacker, so that should give you an indication as to how thin the Browns have gotten along the defensive front, particularly following the injury to Desmond Bryant, which has had the side effect of the coaching staff moving players around more liberally.

While it might not be likely for Nassib to compete for a starting job by the time Cleveland plays in its season opener, he is certainly vying for a healthy number of snaps in a rotation, and if he continues to show well, and show consistency, he may end up starting later in the year, if you consider how inexperienced their current starters are.

This is all after the rookie missed a good deal of the spring offseason due to a leg injury. He spent a large chunk of the down time leading up to training camp just getting his body right after the injury, rather than preparing for camp, but he has been drawing attention since then.

Of course, when we are talking about such young and inexperienced players, we must always approach with the understanding that they have a very limited body of work, and small sample sizes are no safe gauge to evaluate. It will be important to monitor his continued development as the preseason, and the regular season, moves forward.