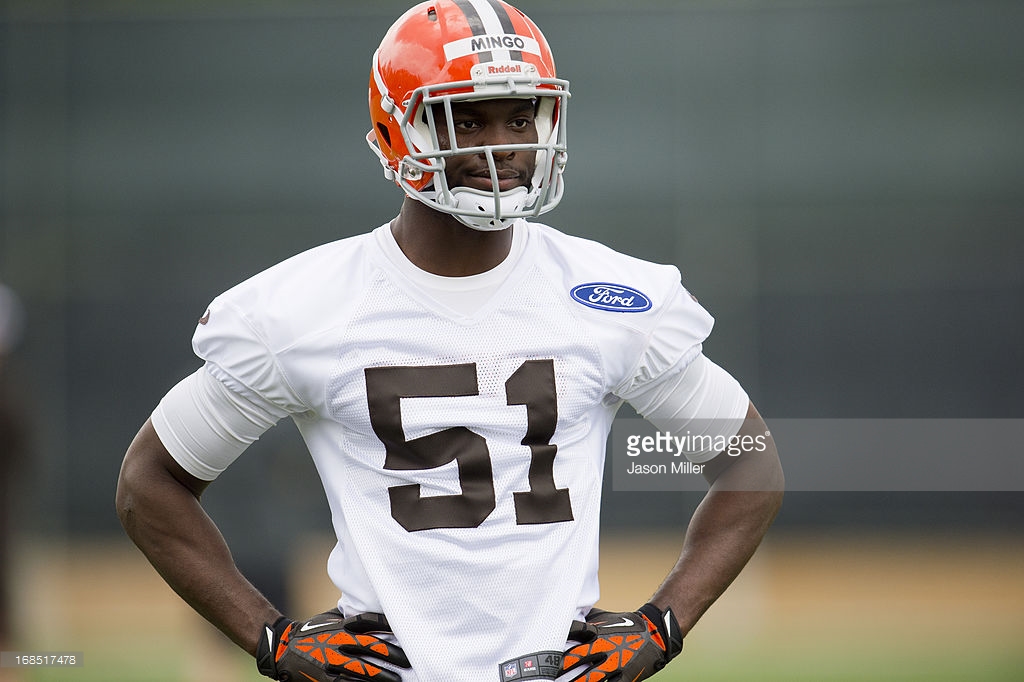 You may recall that I have written about the case of outside linebacker Barkevious Mingo a couple of times over the course of this offseason, and how he was faring in the eyes of the new Cleveland Browns regime under new head coach Hue Jackson and the returning defensive coordinator Ray Horton, who was in command when Mingo was drafted sixth overall in 2013.

Back in May, I wrote about how Mingo has been trending in the wrong direction since his rookie season, both in terms of his production and his playing time, and how the Browns’ investment at the outside linebacker position over the past two drafts was doing him no favors.

Just a few weeks ago, I wrote about the Browns moving Mingo around in practice, and how Jackson commented on that after practice, when asked, by saying that they would move players around in order to “[give] them a chance to make our football team and be the best players they can be”.

That was more toward the start of training camp, but Cleveland appears to have seen enough of Mingo in whatever spot that they put him in, as they elected yesterday to trade him to the New England Patriots, in exchange for a fifth-round draft pick.

If you might be thinking that that compensation might be a bit high for Mingo, a player on the Browns’ roster bubble this year, even if he was a former top-10 draft pick, it has also been reported that the Lions were interested in bidding for his services; otherwise, perhaps, he may have been had for less.

As I mentioned just above, Mingo was seemingly already on the roster bubble, so it should be no surprise that they took the opportunity to trade him in exchange for a decent draft pick. They had already declined to pick up his fifth-year option.

Due to start at outside linebacker this season for Cleveland are veteran Paul Kruger and second-year former second-round draft pick Nate Orchard, who recorded three sacks, forced a fumble, and intercepted a pass as a rotational starter last year.

The Browns, however, also just added two more outside linebacker through the 2016 NFL Draft, including Emmanuel Ogbah, taken in the second round. Joe Schobert came to the Browns as a fourth-round draft pick. Also on the roster is Armonty Bryant, entering his fourth season, who recorded 5.5 sacks last season, and has more sacks in the same duration in limited playing time than Mingo had.

While Horton has returned, he is already twice removed from the regime that drafted him just three years ago. Having added three high- to mid-round players at the position in just the past two seasons, with an established veteran and a productive spot player already on the roster, Mingo had a strong chance of simply not making the team outright.

and yet I could see a team such as the Patriots wanting to take a chance on his natural athleticism, and so they have. Whether or not that amounts to anything will remain to be seen.