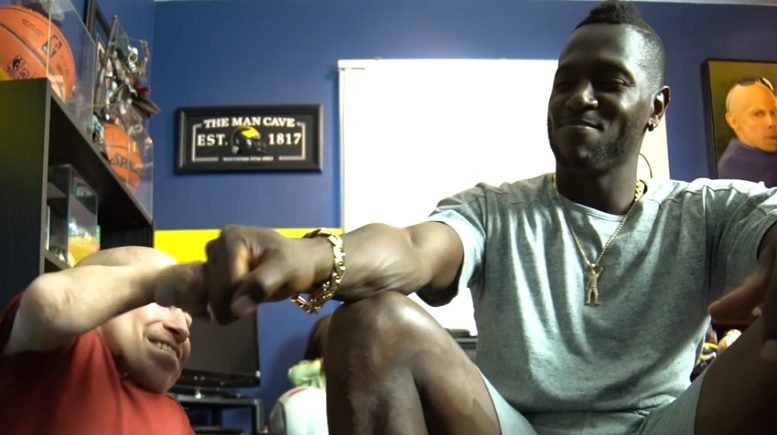 How about a video to break up the stream of stories about Pittsburgh Steelers running back Le’Veon Bell and linebacker James Harrison?

Recently, Steelers wide receiver Antonio Brown stopped by to visit actor Verne Troyer at his residence and two fiends decided to square off in a game of Madden 16. Troyer chose the Steelers as his team while Brown chose the Arizona Cardinals.

While I don’t want to ruin the outcome and final score for you, let’s just say that business wasn’t boomin’ for Brown on this particular day.

Troyer, in case you didn’t know already, is a lifelong Steelers fan and he spoke to Missi Matthews about that very topic last year when he visited the team in Latrobe at training camp. According to the conversations that Troyer and Brown had while playing Madden, the actor plans on making another trip to Saint Vincent College this year to see the team practice.

Brown has done a tremendous job of promoting himself and his brand this past offseason and I’m sure he’ll be able to get over this recent setback he had at the hands of Troyer.