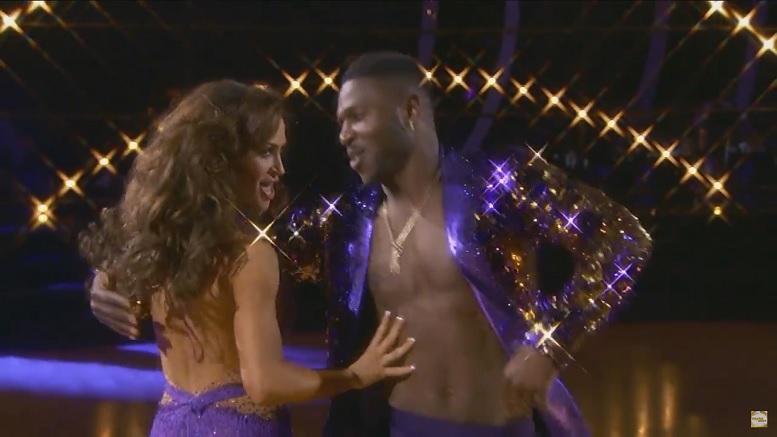 Brown, who was forced to dance with new partner Karina Smirnoff as part of switch-up week on “Dancing with the Stars,” received the lowest combined score from the four judges – 26 out of 40 – after performing the cha-cha to the song, “Son of a Preacher Man.”

To add insult to injury, Brown’s regular dance partner, Sharna Burgess, danced with Nyle DiMarco Monday night and they received the highest score of the night — 37 out of 40.

As you can see in the video of his Monday night performance, Brown started things off with a forward flip onto the dance floor. While that certainly was an impressive way to start, he seemed to be out of step and time with Smirnoff the rest of the routine.

“I am just trying to pick up as much information so I can continue to improve,” said Brown after seeing the judge’s low scores. “It’s a challenge. It’s a commitment as far as having a routine and being consistent with practicing. It’s a regiment that is challenging, but for the better of an individual like me.”

If you want to ensure that Brown sticks around on the show at least another week, it would be advisable to vote for him right now. To vote for Brown by phone, call 1-800-868-3401. To vote online, go to the official website and click on Antonio Brown & Sharna Burgess.