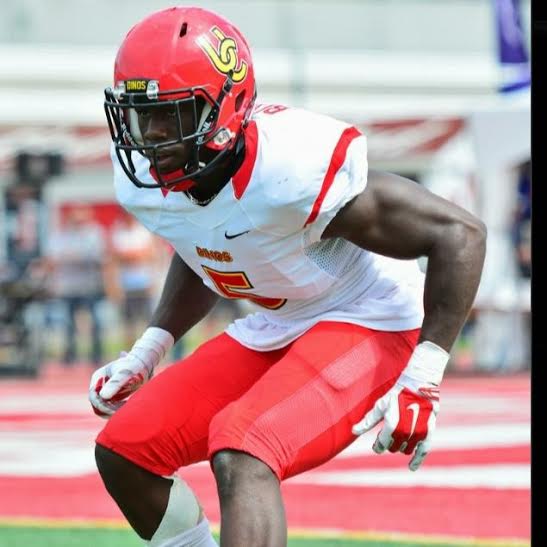 Each draft, the focus is on the names. The star receiver who played in the SEC. The quarterback who rolled over Big Ten competition. The defensive tackle who dominated the Pac-12. But every year, there are sleeper picks. Ones who might not have even played in the United States. I want to look at three of those today to shine the light on some players you may not have even heard of yet.

Those are absolutely insane numbers for any receiver, let alone someone with his frame. He isn’t a Jarryd Hayne who has never played football before. He dominated his league, catching 70 passes for over 1400 yards and 16 touchdowns. Of course, he’s still played less football than most, and the competition he faced will never sniff the NFL, but this isn’t just an athlete giving football a try. He knows the game.

And despite the competition issues, the New York Giants signed Anthony Dablé to a futures contract in Feburary. Dablé played in the same league as Boehringer. It’s almost impossible to say where he’ll get drafted, though I am certain he will. If you saw my mock this morning, you know I put him in the 5th round, but any guess is just that.

2. Elie Bouka/CB Calgary – Bouka was brought to my attention as a real sleeper in this year’s draft. Regarded as a tremendous athlete, injuries – most notably a torn Achilles last fall – shuffled him out of most people’s minds, but I’m told he’s “ahead of schedule.” Pre-injury, he apparently has been clocked at a 4.3 flat, making him one of the fastest players not just at his position, but in the entire draft.

He attended the CFL combine and weighed in at 6’1, 211 pounds, putting up 24 reps on the bench press. In what I have been able to gather, he’s played corner, wide receiver, and been an asset in the kick return game, the latter an area the Steelers obviously needs help in.

There has been no known interest in Bouka from Pittsburgh but several NFL teams have started to take notice. Arizona Cardinals have had a lot of interest. Very interesting prospect.

3. David Onyemata/DT Manitoba: Canadian bred by way of Nigeria, Onyemata had a strong final year for the Bisons. 50 tackles, 7.5 TFL, and five sacks, the latter two leading his team. Several NFL squads were on hand for his Pro Day, including the Steelers, where he ran a 5.07 40 at 300 bills, jumped 33 in the vert, and benched 33 on the bar.

All around, solid stuff, and he has a real chance to get drafted, especially after being invited to the East/West Shrine Game. Plenty of successful defensive linemen to come north of the border, including Israel Idonije and Akiem Hicks. Idonije also attended Manitoba.