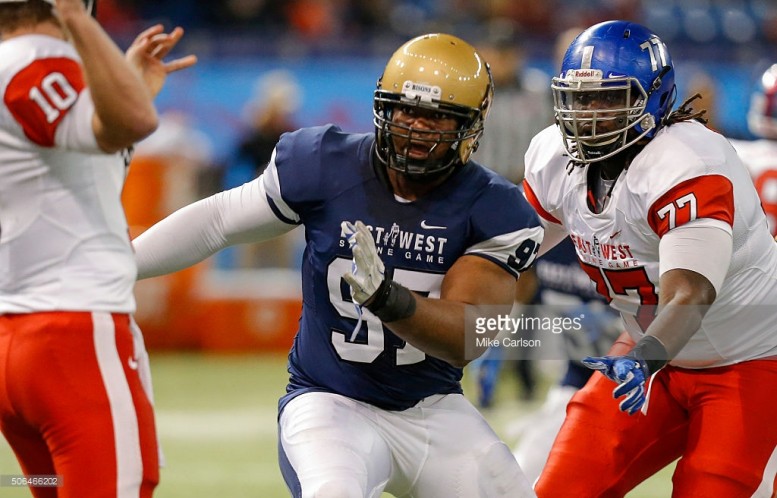 An important pro day took place north of the border on Monday and according to a picture sent to me by David Larkins of the Winnipeg Sun, the Pittsburgh Steelers had a scout present for it.

@Alex_Kozora @Steelersdepot a Steelers scout is in Winnipeg today watching a pro day. Any idea who he is? (Centre) pic.twitter.com/emXsxA74Jb

Judging by various reports, several NFL teams sent scouts to the University of Manitoba to watch defensive lineman David Onyemata go through the paces at his Monday pro day.

The 6-foot-4, 300-pound Onyemata reportedly had a good showing several weeks ago as he played both inside and outside at the annual East-West Shrine game. While the Nigerian-born prospect is reportedly very raw, several draft analyst seem to like his potential and many are speculating that he could possibly wind up being drafted somewhere during day-two of the 2016 NFL Draft.

In 2015, Onyemata recorded 50 tackles, 7.5 tackles for a loss and five sacks. His measurable would obviously make him a 5-tech defensive end candidate at the NFL level.

As you can see in the two tweets below, Onyemata put together some great numbers at his pro day.

Onyemata's numbers were of top-5 tester quality at NFL combine. Onyemata draft projections now in flux. 5th round, maybe as high as 3rd?