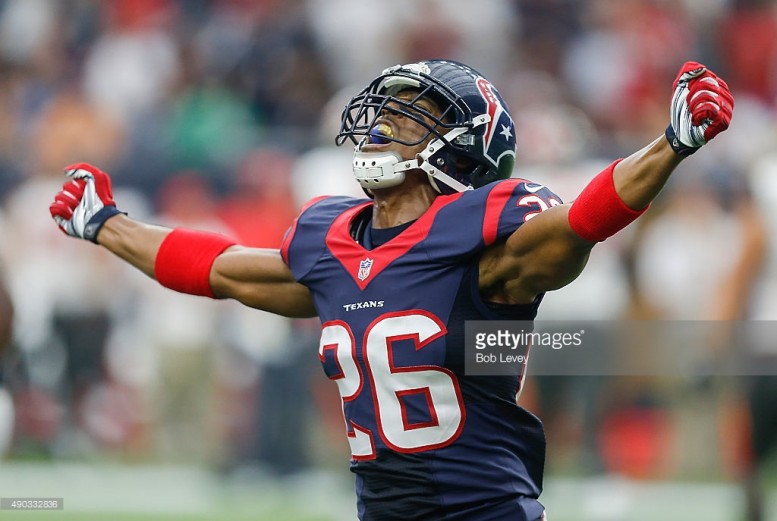 With the start if the 2016 league year now right around a corner, we’re starting to see several teams around the league part ways with players in what is commonly referred to as cap causality cuts. While the Pittsburgh Steelers aren’t likely to have any interest in most of these players being released, they might be interested in looking closely at safety Rahim Moore, who was released Thursday by the Houston Texans.

For starters, Moore has a link to the Steelers being as he played for defensive backs coach Carnell Lake for one season when the two were at UCLA. In fact, during the one season that Lake coached Moore, he played in all 13 games at free safety and led the nation with 10 interceptions. He also ranked 7th on the team that season with 49 tackles that year.

Now, Moore certainly has his warts as he was benched last season by the Texans for poor play. While the former second-round draft pick did only register one interception last season in Houston in the seven games that he played in, he had two more that were nullified by penalties. During his first five years in the league, of which the first four were spent with the Denver Broncos, Moore registered 9 interceptions and 212 total tackles.

Moore is also only 26 years of age and while he did miss 6 games in 2013 because of him needing surgery to repair lateral compartment syndrome, a condition that was restricting the blood flow in the muscles of his lower left leg, he really hasn’t had any health issues since.

Being as the Texans signed Moore to a three-year, $12 million contract last offseason, it’s easy to speculate that his market value is much lower than that right now. In fact, it might be hard for him to find a team willing to pay him much more than the minimum right now based on his play last season.

The Steelers love players such as Moore and his link to Lake certainly could play a part in him ultimately signing with them, or at the very least, him being brought in for a visit.

It should be pointed out, however, that Moore is more of a free safety and thus should he sign with the Steelers to potentially start, it would probably result in Mike Mitchell playing down in the box more. That, however, probably wouldn’t be a bad move.

More than anything else, Moore could potentially serve as experienced depth at the safety position on the Steelers roster at a very cheap price. They certainly need that being as there’s no guarantee that two of last year’s safeties, Will Allen and Robert Golden, will be re-signed.

Signing Moore at a very affordable price would also still allow the Steelers to address the safety position at some point during the 2016 NFL Draft and on top of that, signing him would not have any effect on future compensatory draft picks being as he is now a street free agent.