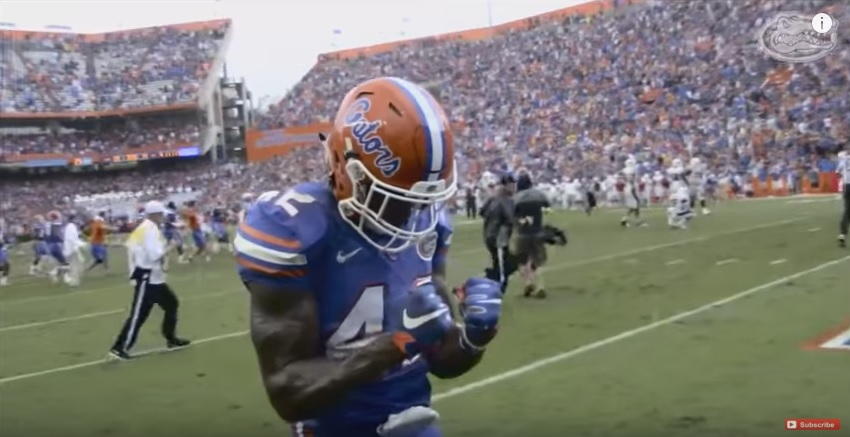 This is draft season, and it is time for rumors and speculation, but wanted to pass along one I read yesterday from Walter Cherepinsky on Walterfootball.com.

He reports the Pittsburgh Steelers have interest in Florida safety Keanu Neal.

“I am starting to hear first-round grades on the safety and continually hear the names of the Arizona Cardinals and Pittsburgh Steelers as potential suitors in the first frame.”

Cherepinsky notes the one looming concern with him are a history of hamstring injuries that he attempted to play through, and choosing not to give it the time to heal.

Neal has been getting more attention in draft circles and doesn’t appear to be the mid-round pick some initially pegged him to be. Our Luc Polglaze just did the report on him, liking his vision and physicality but wanting to see more consistency out of his game, especially the mental side. He pegged him as a fourth round pick but it sounds like Neal will go higher, even in this deep safety class.

The Steelers, of course, appear to have a big hole at strong safety, especially with Robert Golden likely to at least hit free agency and weigh his options. Kevin Colbert had praised the talent in the secondary in this class and you can bet there will be ten other defensive backs linked to the team before the draft arrives in late April.