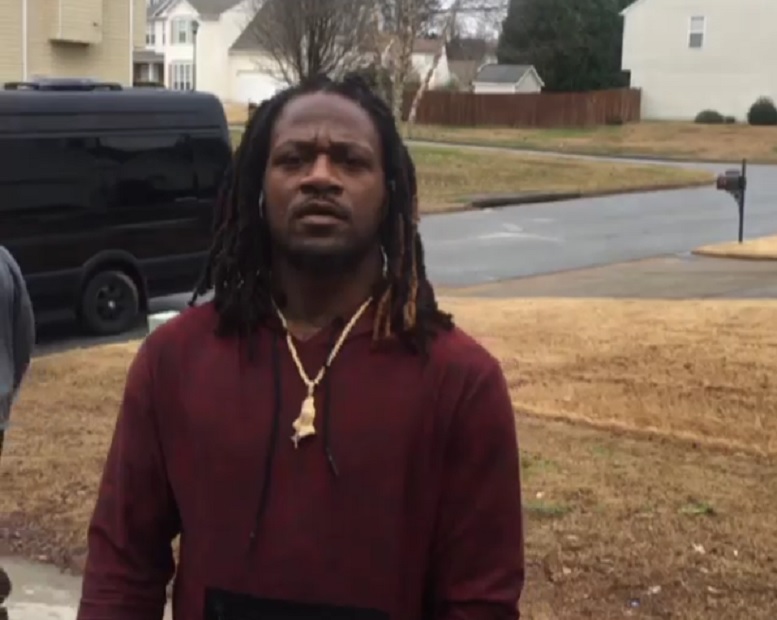 It’s finally happened. Cincinatti Bengals cornerback Adam Jones has apologized to Pittsburgh Steelers wide receiver Antonio Brown on Instagram now that he’s been ruled out for Sunday’s playoff game against the Denver Broncos with a concussion.

Immediately after the Steelers defeated the Bengals Saturday night, Jones accused Brown of flopping after he was hit in the head late in the game by Bengals linebacker Vontaze Burfict. On Monday, Jones said in an interview on the Dan Patrick Show that Brown deserved a “Grammy” for his acting performance.

A few days later, in an interview with New York Jets wide receiver Brandon Marshall on Showtimes “Inside The NFL”, Jones said he would apologize to Brown should he wind up not playing against the Broncos as a result of him being hit Saturday night.

Well, I guess Jones is a man of his word. How sweet of him.

Looks like the A-team is with Jones judging by that black van in the background.

“AB, my apology my brother,” started Jones. “I’m a man of my word. Man, been doing a little traveling there, that’s what took me long, but I apologize. Sincerely, man, get well.”