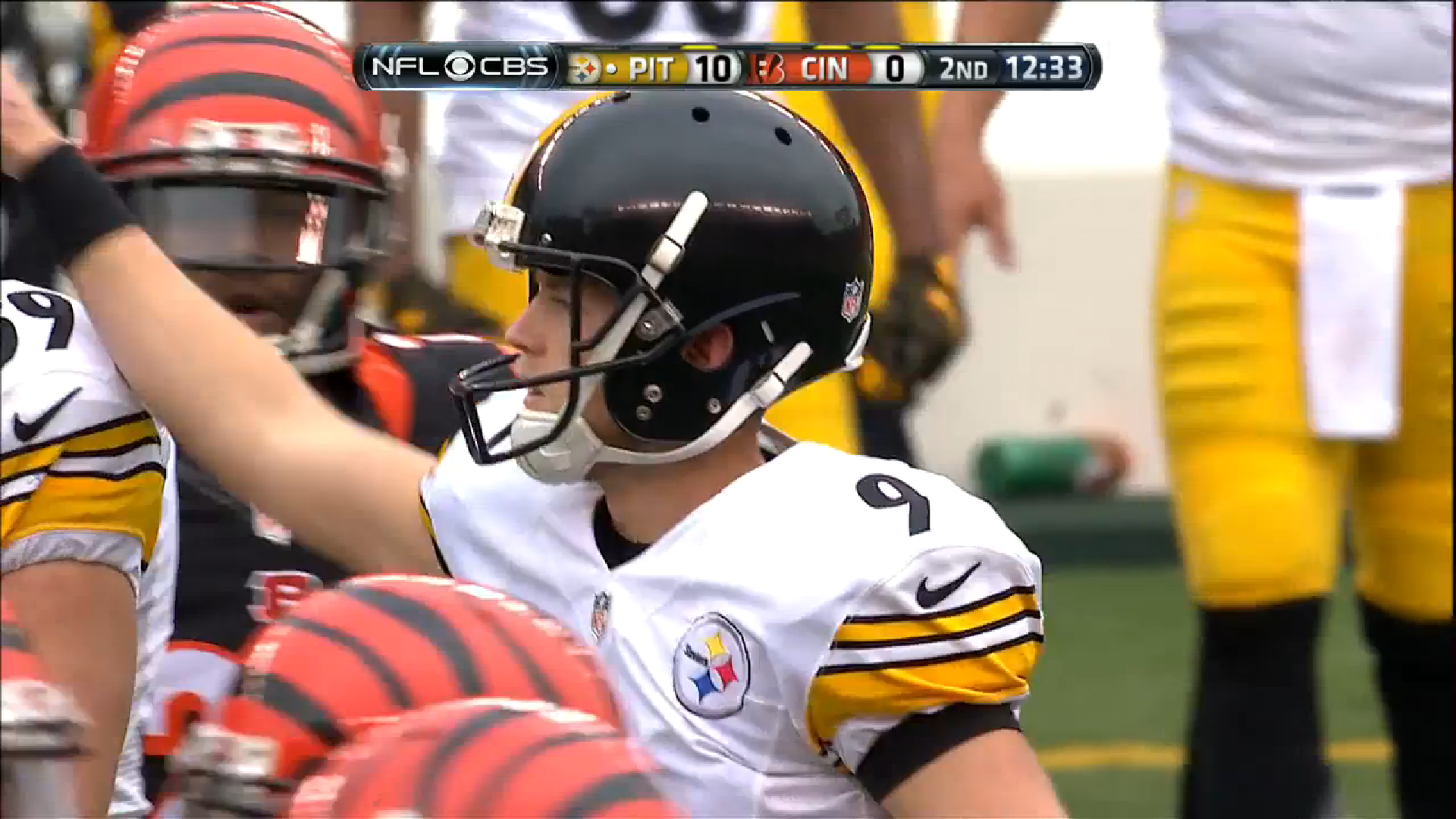 When the Pittsburgh Steelers signed kicker Chris Boswell a month into the season, he was largely an unknown commodity for obvious reasons. The first-year kicker did not have much of a body of work, having only accrued two offseasons’ worth of work with the Texans and Giants prior to his tryout with the Steelers that got him signed.

Not much was known about him in terms of what type of kicker he was. Did he have a big leg? That is certainly what many fans were hoping, given that Shaun Suisham had established a reputation for himself of having just the opposite. Meanwhile, the kicker that he was replacing, Josh Scobee, was among the better big leg kickers in recent years.

One obvious modern metric of a big leg kicker comes at looking their kickoffs, of course, though there are plenty of qualifiers that play into that. The ability to kick a ball for a touchback varies significantly depending on the stadium, the weather, the aggressiveness of the returner and return team, and the coach’s prerogative. Not every kickoff has the goal of generating a touchback.

Still, the Steelers have consistently been at or near the bottom of the league over the course of the years, and the contrast has only grown starker since the kickoff line was moved up to the 35-yard line.

This year, during the regular season, Boswell only recorded 26 touchbacks on 74 kickoffs, which worked out to just 35.1 percent. That has been about where Suisham has been hovering in terms of touchback ratio over the course of the past several seasons.

This year, that also placed him 31st among all kickers, and 29th among those with at least 20 kickoffs over the course of the season. The only regular that he placed behind was Nick Folk of the Jets, who recorded 13 touchbacks on 39 kickoffs, or exactly one in every three.

Of course, it has to be pointed out that Denver’s environment is typically conducive to producing touchbacks given the elevation, which also serves kickers well on their field goal attempts. But his kickoffs in that game were booming, out of the end zone, with a couple even reaching the seats, if my memory is correct.

It’s also worth pointing out that the two returns from the Bengals only totaled 50 yards and produced an average starting field position of the 21-yard line. The end of game kickoff was deliberately short to induce a return in order to drain the clock. The Bengals used eight seconds to return the kickoff 28 yards out to the 24-yard line, leaving them with six seconds.