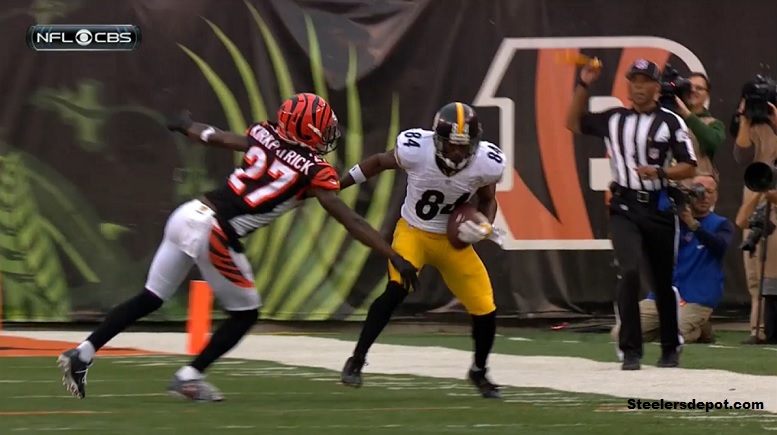 In Sunday’s win over the Cincinnati Bengals, Pittsburgh Steelers wide receiver Antonio Brown registered his 100th reception of the season and in doing so, the former sixth-round draft pick out of Central Michigan accomplished something that only five other players have been able to do in the history of the NFL.

Had Steelers starting quarterback Ben Roethlisberger not missed four games this season with a left knee injury, Brown would more than likely have a decent shot at breaking the NFL single-season record for receptions that Harrison set in 2002 (143). At worst, he would’ve likely set a new career-high. During those 4 games that Roethlisberger missed, Brown registered just 17 receptions and twice only had 3 receptions in a game.

Currently, Brown has 6,656 receptions for his career and that’s good for 139th on the all-time leaders list.