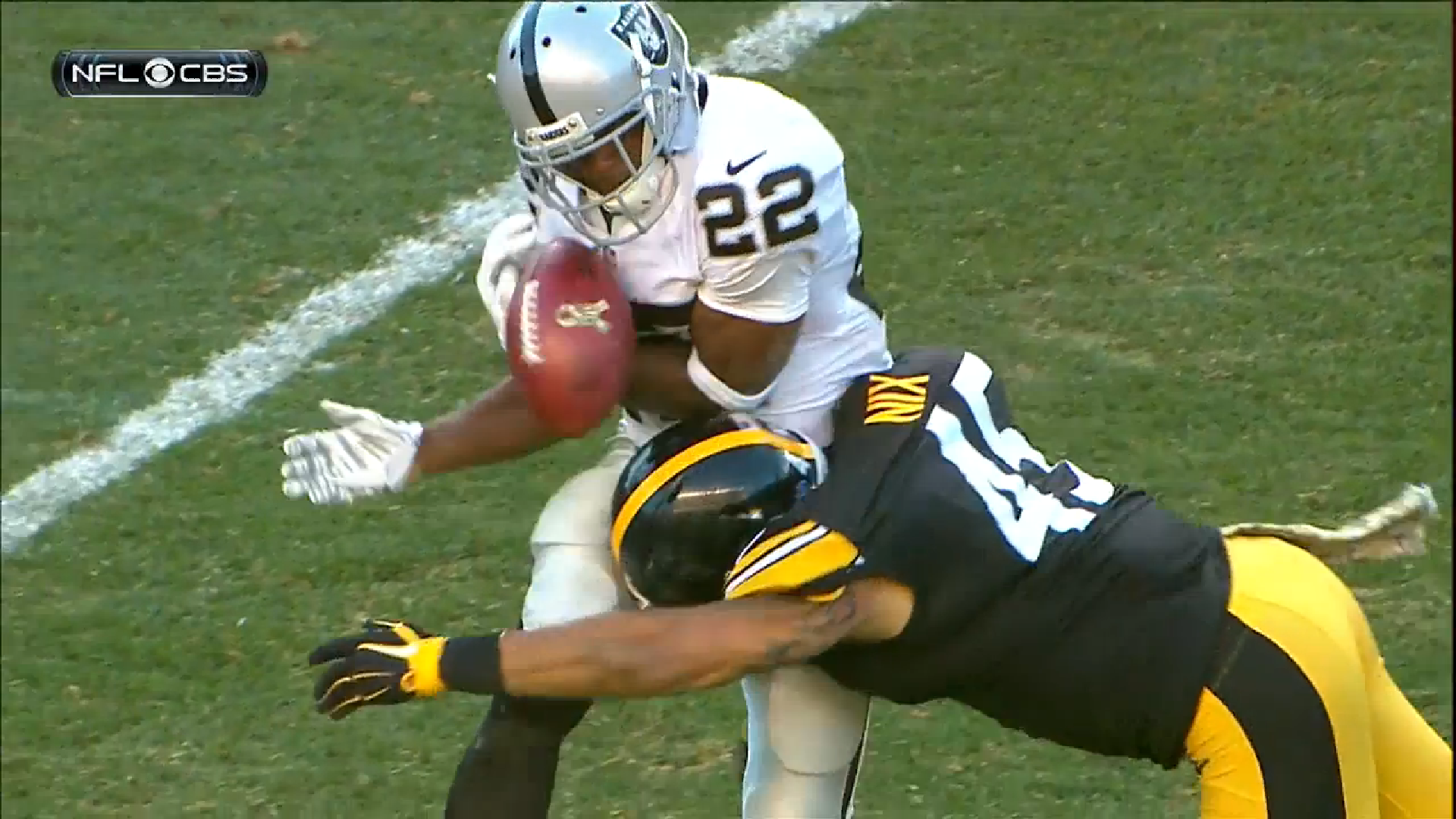 Pittsburgh Steelers fullback Roosevelt Nix admittedly receives a disproportionate amount of attention relative to his role on the team, considering his snaps. I will admit that he is not just a fan favorite, as Alex Kozora wrote about yesterday; he is also a favorite among the writers here.

But he has also clearly endeared himself to the coaching staff, and he has been playing more on offense lately. Admittedly his career-high 29 offenses snaps on Sunday was largely attributable to the fact that the Steelers were without their primary run-blocking tight end, Matt Spaeth, but the fact is that he would not be getting that playing time at all if he was not well-regarded among his coaches.

His contributions came early and often—or at least often for the state of the modern tight end—against the Raiders, and the Steelers moved him around more than they usually do. On his first snap of the game, he motioned out of the backfield and lined up wide of Heath Miller on the right side of the formation, running a sort of an elongated wheel route.

He was back in more familiar territory, lined up in front of DeAngelo Williams in the I formation, serving as the lead blocking and taking out one of the inside linebackers, Malcolm Smith, to allow the running back space for six yards up the middle.

Nix got the better of Smith again on the second play of the Steelers’ next drive, but the hole quickly closed behind him as Williams was forced to try to bounce the run to the left for no gain. On second and 10, his lead block through the left-side B gab on Smith allowed Williams to find space outside for seven yards, preventing the linebacker from reaching him in time.

Midway through the first, Pittsburgh ran out of a 22 look, with Chris Hubbard serving as a tackle-eligible, on a run sweep to the left. Nix lined up in the right sidecar and pulled around the left side to drive the safety out of the play, though Williams cut the run up inside for nine yards.

Late in the first half, the fullback this time aligned to the left side, incorporating some edge blocking. He did a nice job of sealing off Ray-Ray Armstrong left of the formation—so well that it enticed Williams to cut the run back his way and take it around left tackle for an eight-yard gain.

The following play saw Nix lined up as a true tight end, no motioning, in a three-bunch set of tight ends on second and two. It took Williams two more downs to score, however, out of an 11 formation.

Early in the second half, we actually got a glimpse at what is perhaps Nix’s biggest weakness, one that has been largely fading over the course of the season. On a second and 10 play, the fullback led a run through the right-side B gap, but whiffed on Smith with the slightest of side-steps. The first-year player showed during the preseason that he can be off-target, or be easily put off-target, when asked to play at an angle.

Of course, by the end of the third quarter he was leading Williams with a key edge block to open up a lane for a 53-yard gain as well. On the following play, the first of the fourth quarter, Williams was given a breather and Jordan Todman given a single carry for three yards. For his part, Nix finished the play with a quite nice seal block on the safety, putting him on the ground and allowing Todman the inside track.

No play was bigger for him on the day, of course, than his first career forced fumble, which came just a few minutes later in the game as he registered the tackle on the kickoff after a Steelers touchdown. Pittsburgh was able to go up 14 two plays later after gaining possession on the six-yard line. I think perhaps we can speculate at this point that Nix’s roster spot is quite safe.