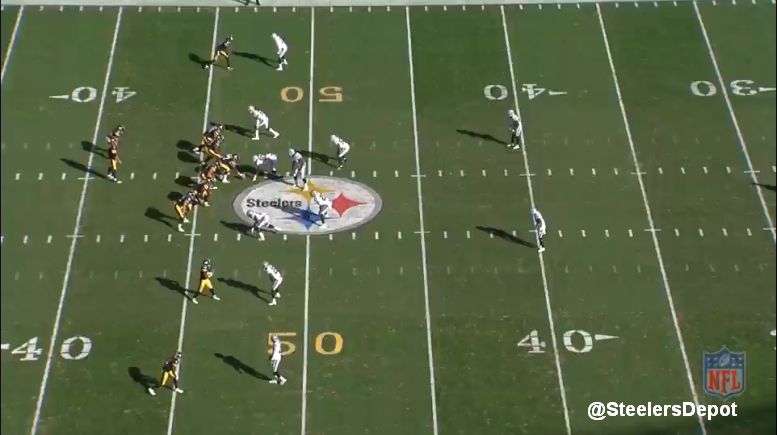 Back in the film room to take a quick look at one of the Pittsburgh Steelers’ failed plays that was ever-so close to converting Sunday. A prolific offensive day that still managed to leave yards and points on the field.

One of the toughest routes for a CB to defend is the slot fade. Sounds exactly the way it’s written. Slot receiver bending his route and running a fade towards the sideline. It forces the corner to defend a ton of ground instead of being able to use the sideline to his advantage when covering a normal fade by a receiver aligned outside the numbers.

We saw this way back in Week One against the New England Patriots, Ben Roethlisberger connecting with Antonio Brown for a 37 yard gain. They’ll run this out of 11 personnel with AB in the slot, throwing to the field when the defense rolls up both cornerbacks. Here is the look from Week One. 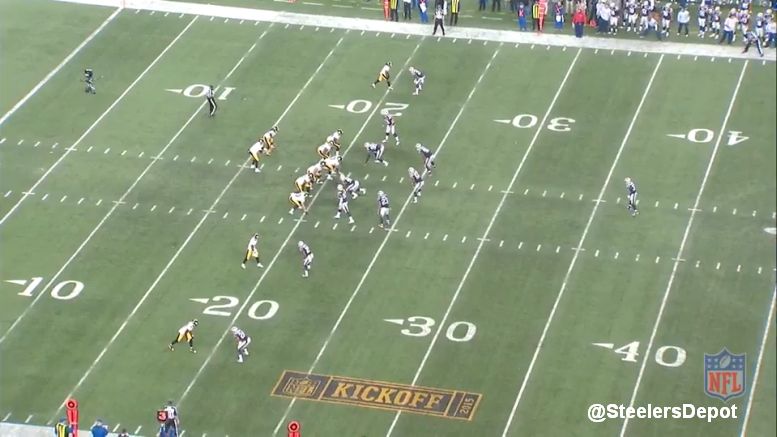 #1 receiver to the outside runs a quick hitch to hold the corner. Brown runs the fade from the slot, beating the corner, and making the grab before the safety can close. 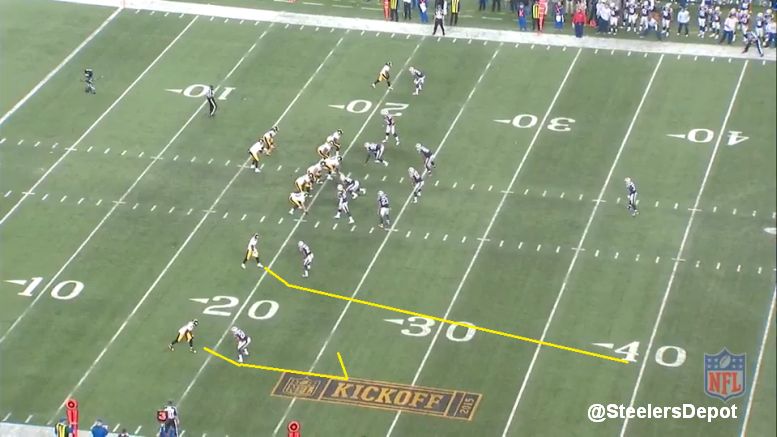 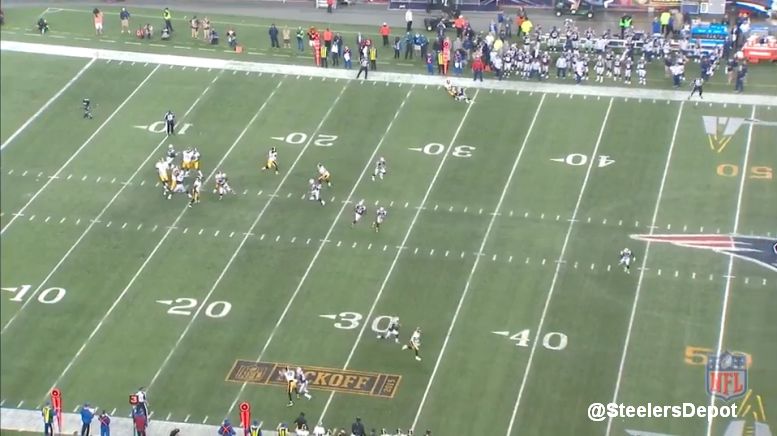 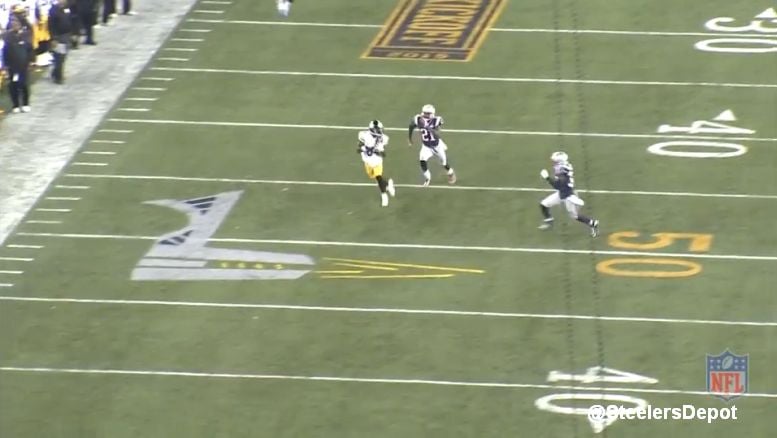 The Steelers ran it on 3rd and 3 from near midfield four weeks later against the San Diego Chargers. Jason Verrett was shadowing Brown all day, however, and provided excellent coverage. 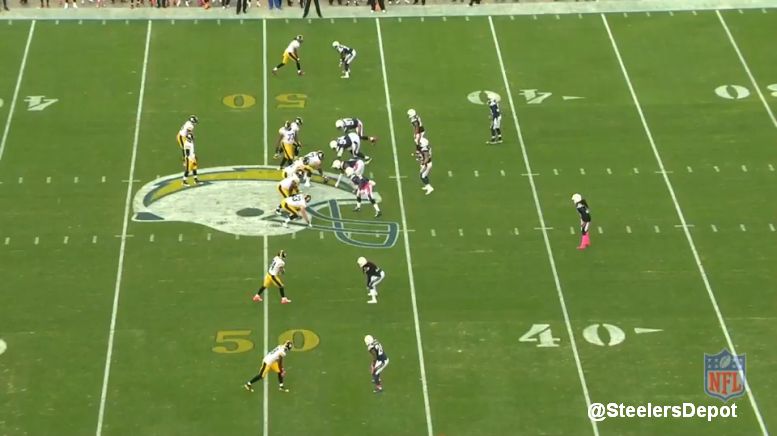 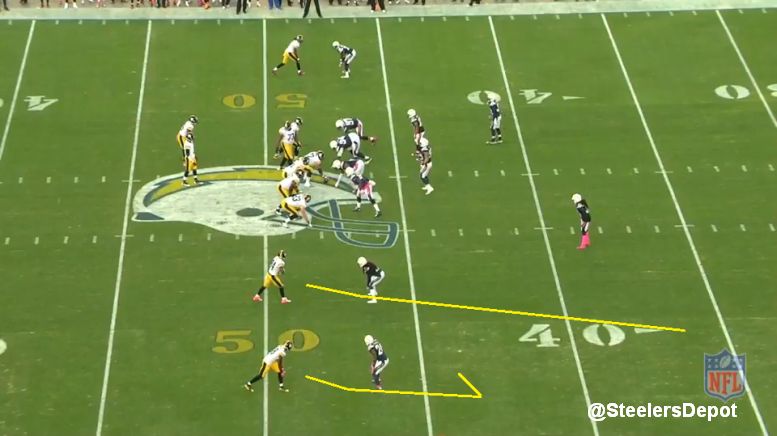 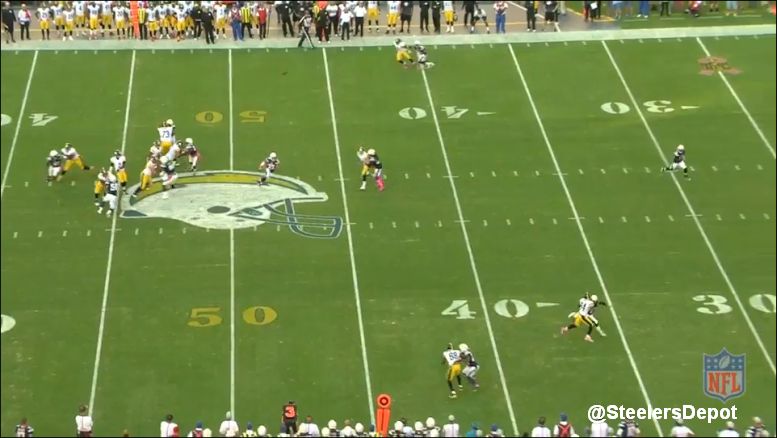 Four weeks later, we get the same concept against the Oakland Raiders. 3rd and 3 from near midfield. Down/distance, line of scrimmage, and hash will tell you a lot about what play you can expect. AB in the slot over the comparatively weaker D.J. Hayden.

#1 on the hitch to hold the corner. Brown runs the fade and gets a couple steps on him. Roethlisberger just can’t make the throw. If it’s on the money, it’s six points. 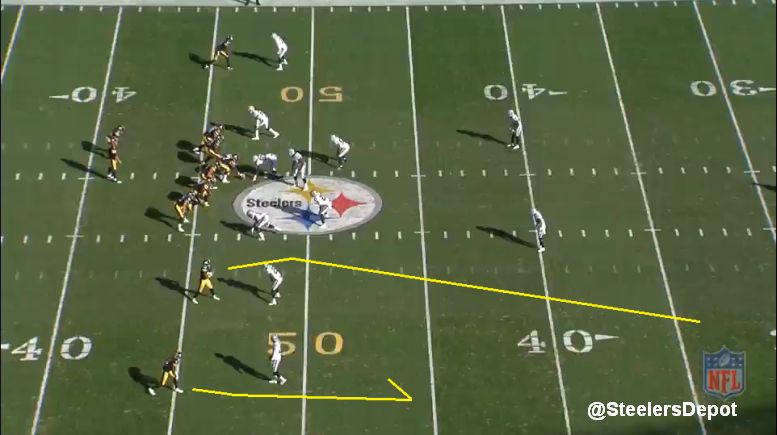 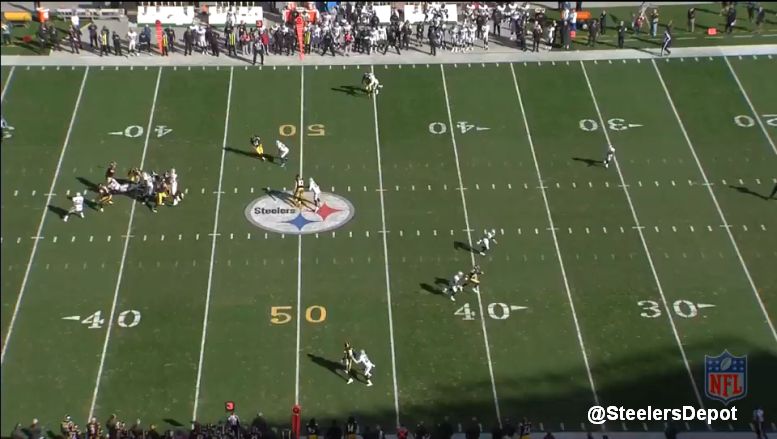 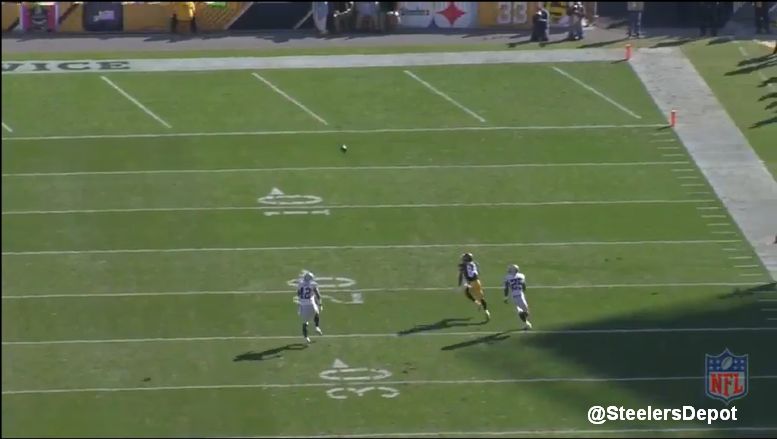 I half-joke about it but based on Haley’s tendency, you can expect to see this concept in another four weeks against the Cincinnati Bengals. Only one of these plays actually converted but it’s a difficult route for corners to stop. And moving Brown into the slot can create additional matchup problems for defenses. Weaker corner asked to cover more ground? Good luck stopping 84.