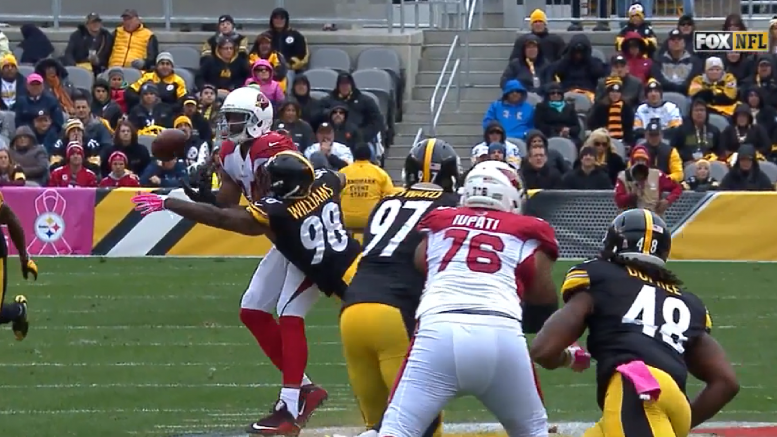 Today is a key day in practice for a certain Pittsburgh Steelers player in order to test whether or not he is able to make his anticipated return to the field after sitting out a handful of games.

I am talking, of course, about starting inside linebacker Ryan Shazier—did you think I was talking about somebody else?—who has practiced fully the past two games, but must pass the final Friday test and meet his head coach’s approval before getting back on the field after missing four games.

But before he returns to the field, it would be appropriate to give credit to those who replaced him, Sean Spence and Vince Williams, both of whom improved with each passing game in fulfilling their respective roles, which have evolved from last season.

A year ago, with Shazier missing time, the pair ultimately formed a harmonious alliance, with Spence playing in the base package and the bigger Williams beefing up the run support when the Steelers played in the nickel.

The Steelers seemed to follow that in the beginning, but by the end only loosely so, as Williams began to get full series rather than a mix-and-match style based on the personnel. Perhaps this provided greater consistency for the two young linebackers, which helped them better establish a rhythm upon which to build.

Spence continued to log the bulk of the time, registering 24 tackles over the span of his four starts, in addition to a sack. He also recorded more than a handful of run stops, including two in the game against the Cardinals, and five the week before, which was perhaps his best game of his career.

Williams’ playing time expanded significantly after Spence’s first start. He logged at least 30 snaps in each of the past three games, and in that span picked up 15 tackles of his own. While he has not yet recorded a sack, he recorded a pass defensed in the last game that resulted in an interception.

Spence in particular has looked improved since last season, which, it is important to remember, was the first regular season action of his career after his first two seasons were wiped out by injury. He plays with more confidence and aggression, and it has translated into production, especially as he has cut down on the missed tackles.

They may lack Shazier’s elite, game-changing speed and instinctual knack for making plays, but good teams are built upon players such as Spence and Williams, who can be trusted to perform when called upon, as they have proven over the course of the past month. They are truly team-first players, even when they are not running with the first-team unit.