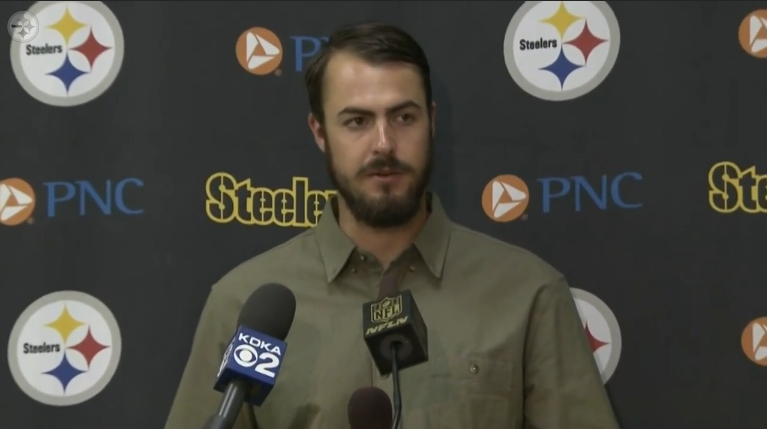 “I don’t think I played very well, just from the initial feeling. I gotta make more plays out there. I can’t turn the ball over. There was so many opportunities to go out there and win that game,” he told reporters following the Pittsburgh Steelers’ Sunday loss to the Kansas City Chiefs.

Jones finished 16/29 for 209 yards, one touchdown, two interceptions, and one fumble. The turnovers weren’t all his fault but he took the blame like the leader the position demands.

“I threw two picks, fumbled one. You can’t win when you play like that.”

He took the blame for the fourth quarter fumbled that sealed the win for the Chiefs.

“I don’t think that’s on [Villanueva]. Like I said, I gotta make quicker decisions and get the ball out and not hold it back there. And I knew they had a good rush and they were coming off the edge. Especially at the end. It’s just one of those moments when I know I gotta get the ball out. Get my drop, get set, make a quick decision and get the ball out.”

Regardless of performance, it’s admirable for him to step up and deflect criticism from his teammates. Something a true leader does.

This likely was Jones’ last start with Ben Roethlisberger on track to play next Sunday against the Cincinnati Bengals. He figures to become the #2 to Big Ben for the remainder of the season.