Every coach, every fan talks about the desire to take the top off the defense. Win vertically and create a momentum changing splash play. It’s easy to fall in love with. But there’s another hidden value. When you give the perception of a vertical threat, you force defenders to get more depth and in turn, open the field up underneath.

A breakdown of the spread passing game by Dan Mullen, sometime around 2003-2004 when he served as Utah’s quarterback coach, illustrates this point perfectly. A short excerpt of his comments on a four vertical concept.

“If the MIKE ‘backer drops with a great amount of depth, we can check down to the tailback underneath, and now you have the ball in the hands of one of your better athletes in the open field.”

We see idea in action in Week Two against the Baltimore Ravens. But I want to go back to an earlier play in the contest, showing an extra layer at the NFL level.

This is 1st and 10 on the Ravens’ 37 and the ball on the hash. Steelers are in 10 personnel with Antonio Brown aligned in the backfield to the field side. Two receivers are lined up in a tight split to the boundary with Markus Wheaton outside the numbers to the field.

The design is a swing to Brown out of the backfield. Wheaton, #1 to the field side, is going to push vertical to try and hold the corner. But with the two high shell, the corner is able to buzz to the flat, break on the ball, and make the stop for no gain. 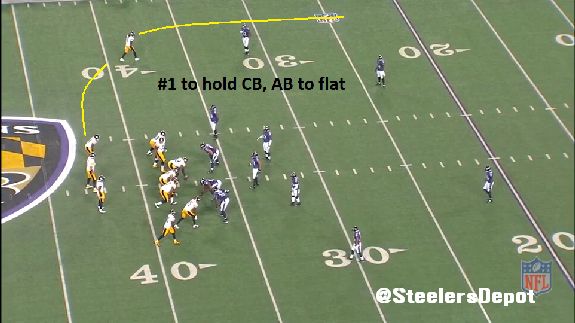 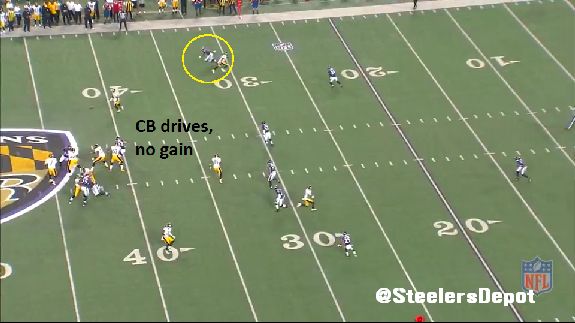 Fast forward to the second quarter. Similar circumstances. 1st and 10 from the Ravens’ 33. Ball on the hash. It is 11 personnel instead of 10 and slightly wider splits to the boundary but overall, a similar look. 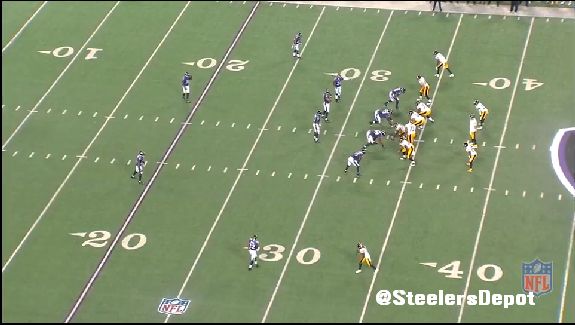 Steelers are again going to release Brown into the flat but Ben Roethlisberger is going to fake the throw and look downfield. Plays into the Ravens’ tendencies. A wrinkle off the same look from earlier in the hopes of getting the defense to commit and produce a big play. 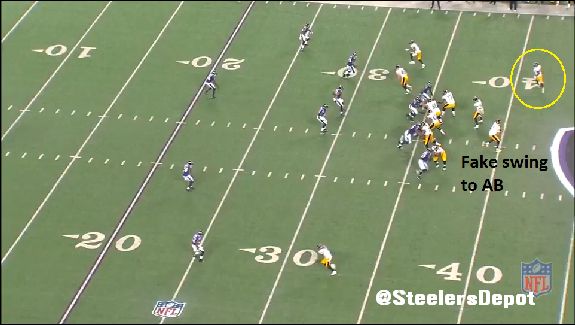 Quick look at the route concept. 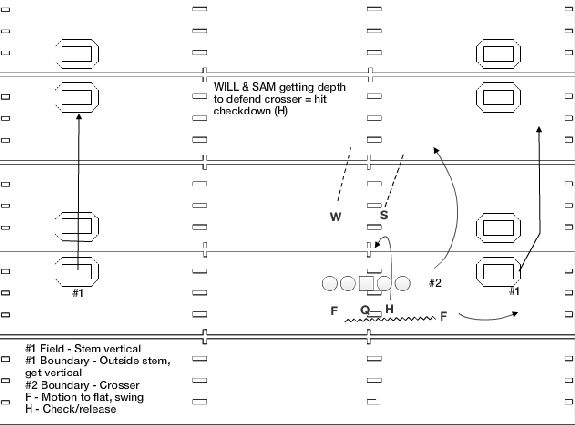 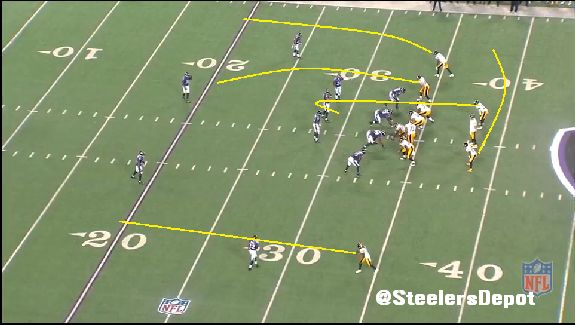 The Ravens do a nice job of not getting fooled and take away the vertical threat downfield. The linebackers react to Heath Miller’s crosser, attempting to get depth to take the crosser away. 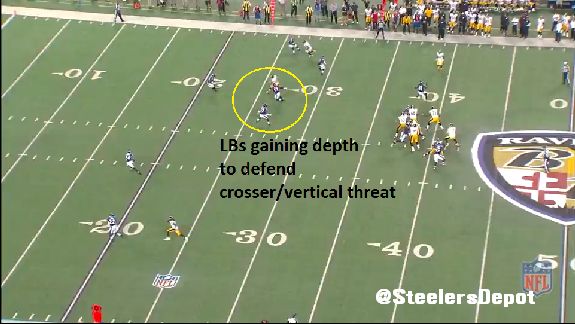 As Mullen reminds us, linebackers that are looking to get depth to defend a vertical concept are going to give up grass underneath. With no blitz, Le’Veon Bell leaks out, and Roethlisberger, let’s say encouraged, by some pressure as well, dumps it off. 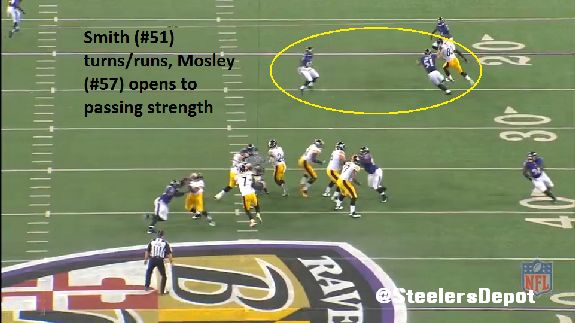 This is the space around Bell as he makes the catch. 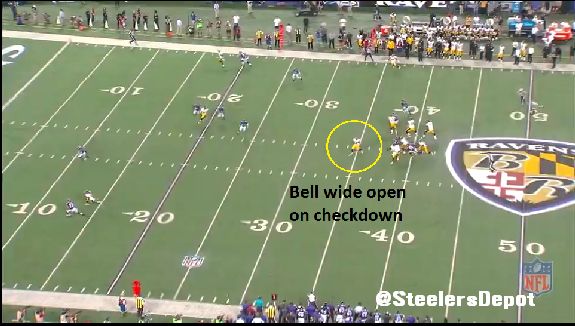 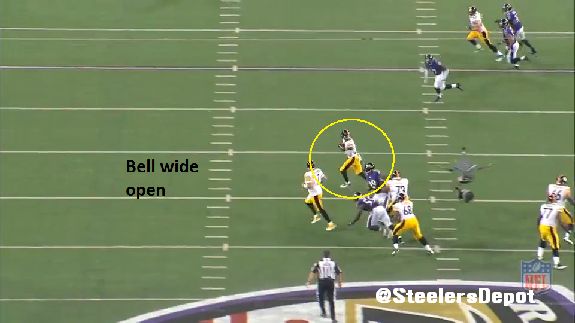 Bell runs for 19 and into the Ravens’ red zone.

It is that threat of being a vertical offense that can create natural gaps in the defense. Ideally, a defense is coached to defend the entire field. But as you widen that land, the overall goal of any college spread offense, you strain the defense downfield and underneath.

To the future point, with the addition of Sammie Coates, the Steelers’ offense will continue to be a vertical threat. And open up short, YAC-friendly throws underneath.