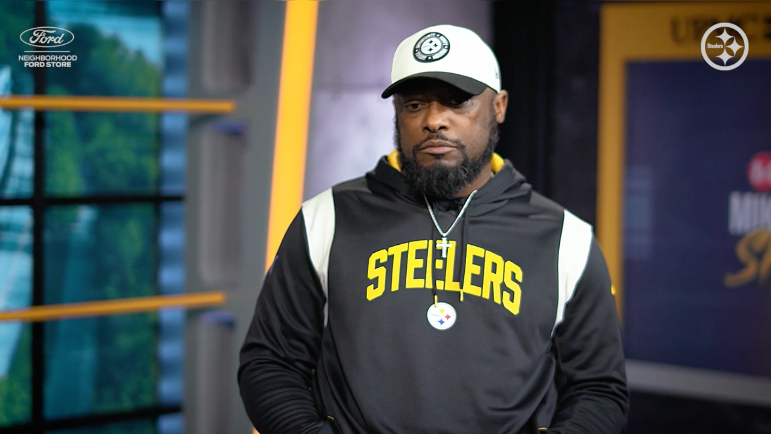 When the ball kicks off Sunday at Acrisure Stadium between the Cleveland Browns and Pittsburgh Steelers in an AFC North rivalry matchup a little after 1 p.m. local time, many eyes will not only be glued to the action on the field, but will also be closely watching the scoreboard in Week 18.

Scoreboard watching for Steeler Nation will occur in the New York Jets-Miami Dolphins and Buffalo Bills-New England Patriots matchups on Sunday, both of which kick off at 1 p.m. as well.

To get into the playoffs, the Steelers not only need to beat the Browns in the season final — something they’ve done 15 out of the last 16 times they’ve played in the regular season finale — but they also need the New York Jets, starting QB Joe Flacco, to beat the Miami Dolphins and third-string rookie seventh-round quarterback Skylar Thompson, as well as the Bills to beat Bill Belichick and the Patriots.

Knowing they need some help around the league, it’s understandable that some fans and coaches will be scoreboard watching — at times — in Sunday’s matchup with the Browns. For head coach Mike Tomlin though, he’s not worried about players being focused on the scoreboard like people outside of the organization in the media and the fanbase might be.

Speaking with Bob Pompeani for Steelers.com ahead of the Week 18 matchup, Tomlin said the focus or attention paid to other games in this season finale with everything the Steelers need isn’t as big of a concern as the concern of the in-stadium action is.

Coach Tomlin gives his keys to winning our Week 18 game against the Browns.@KDPomp | @OurFordStore pic.twitter.com/nnaE8fTIGO

“There’s enough challenges in stadium that that’s not as big an issue as people think it is,” Tomlin stated to Pompeani, according to video via the Steelers Live Twitter page. “You’ll get your butt kicked in your stadium if you’re not hyper-focused.”

The Steelers have to be hyper-focused for the Week 18 matchup against the Browns. Not only is it a huge AFC North battle against a heated rival and a win-and-in (with some help) scenario for the Steelers, it’s also a game where the Steelers have a shot to avoid a losing season, extending Tomlin’s non-losing seasons streak to an impressive 16 seasons.

There’s plenty to play for within their own stadium overall, so glancing at the scoreboard and seeing what is going on around the league shouldn’t be a problem for the Steelers overall.

Add in the fact that the Browns and star defensive end Myles Garrett have already said they’re looking to play spoiler and want to end Pittsburgh’s season, providing some bulletin board material in the process, there should be no issues overall for the Steelers being hyper focused on the task at hand, which is beating the Browns for the 16th time in 17 season-ending matchups in the regular season.

Take care of business at home, first and foremost, and then worry about where the chips may fall elsewhere.