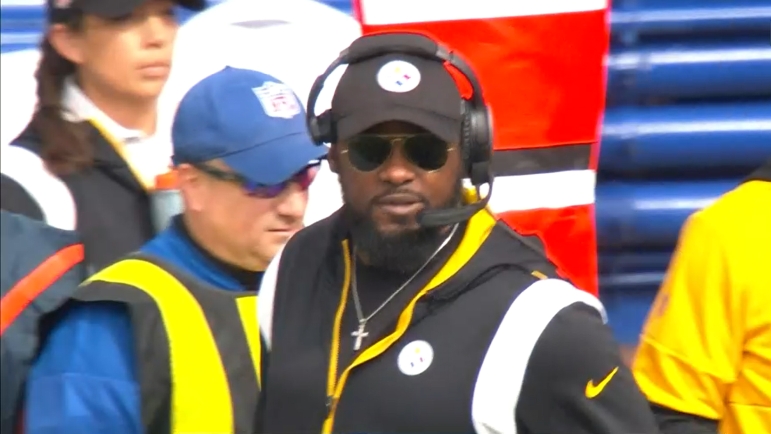 The Pittsburgh Steelers missed the playoffs this season, but the team finished with a winning record at 9-8 after an abysmal 2-6 start. After the team’s bye week, Pittsburgh flipped the script and went 7-2, including finishing the season on a four-game winning streak. Offensive lineman Kevin Dotson credited head coach Mike Tomlin’s motivational ability for sparking the Steelers’ turnaround.

“He is probably top five in speakers I have been around,” Dotson said via Teresa Varley on Steelers.com. “When he speaks, his speeches stick with you. He will give you a top-tier speech every morning and it will really motivate you, even just for practice.

The third-year guard mentioned a specific speech Tomlin gave during the bye where he called the team out for their performance up to that point.

“I think everybody needed that because we were living in the fantasy of potential. Potential can hinder you. We know what we can be if everything clicks every time, and we were banking on that at the beginning of the year.”

That aligns with what offensive coordinator Matt Canada said last week about the team addressing accountability among each other and among the coaching staff during the bye week. Instead of executing and making sure things were clicking and they were doing the right things at the beginning of the season, they were relying on knowing they could do the right things and hoping it would fall into place. Doing and thinking are two very different concepts, and the Steelers weren’t executing nearly enough early in the season. That changed after the bye week, and a big reason is Tomlin and the players challenging one another to step up.

After the bye week, things started to click, and the Steelers became a good football team. That potential that Dotson said the Steelers were banking on coming through for them early in the season realized itself into performance, as across the board the team stepped up. The return of outside linebacker T.J. Watt helped bolster the pass rush and the defense in general, but that unit came up clutch for the Steelers in the second half of the season. Kenny Pickett limited turnovers and made plays late in games, while the offensive line and the ground game, anchored by Najee Harris became the team’s calling card after mostly struggling through the first eight games of the season.

It sounds as if what the Steelers needed during the bye week was to be called out, and it’s clear that’s what was happening inside the building. This year might be Tomlin’s most impressive coaching performance yet. However, he was able to get his message across and clearly resonated with the team. They were a completely different team during the second half of the season, and they played meaningful football all the way up until Week 18. With the way the season started, this team had no business ending the year with a winning record, but Tomlin was able to lead them to one.

It sucks to miss the playoffs, but there’s a lot of hope for the future in Pittsburgh. We have a long offseason ahead of us, but it’s going to be fun to see how Omar Khan and Andy Weidl navigate their first offseason in charge of the team and what moves the Steelers make to bolster their roster to put themselves in contention in 2023.