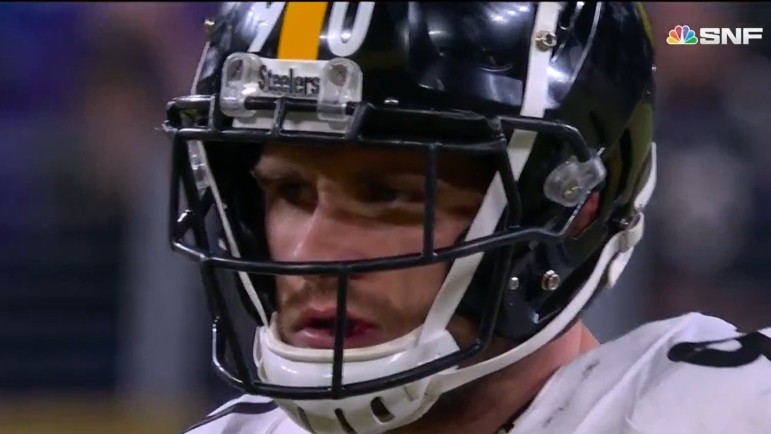 The Pittsburgh Steelers have scratched and clawed their way to an 8-8 record and a chance to make the playoffs heading into their Week 18 game against the Cleveland Browns. Despite it being a must-win game, the Steelers locker room atmosphere has been loose and relaxed, and T.J. Watt told reporters that’s intentional.

“We’re still alive. We still have the pulse. We’re trying to win this game and see where the chips fall and we can’t go into a game tight. We want to be loose,” Watt said via a video posted to Steelers.com. “We’re young, but we’ve been very, very focused and each week, we’ve gotten more focused and it’s been really good practice. So I don’t want guys tight going into this game,” he continued.

One of the most important things when a team is going into an important game is to not take it too seriously. Obviously, guys need to be focused and know what they need to do to win, but if they’re tight and overthinking, it usually leads to mistakes. Watt’s been in this sort of situation before where the team needs to win a game in their final week to make the playoffs. Any holdover from last year’s team knows the feeling. But this is a young team, with a lot of new pieces, including at quarterback with rookie Kenny Pickett. It’s good to see Watt take a leadership role and make sure guys are staying loose and not getting in their own heads about Sunday’s game.

It’s clear that the Steelers have improved across the board as the year went on, and Watt attributes that to the team’s focus. It’s clear that the bye week made a huge difference for this team, and since then a lot of the team’s flaws have been addressed and aren’t showing up as frequently as they were at the beginning of the season. The focus on that has in turn led to better practices, and when you’re practicing betters, odds are you’re gonna execute better in the game. It’s good to see a young team improve as much as they have throughout the course of the season, and some credit should go to the coaching staff for helping bring along the improvement.

I’m sure the team’s focus is as high as it’s ever been heading into Sunday’s matchup. While the locker room might be loose, that shouldn’t be mistaken for a lack of focus and effort. Watt said the Steelers had another good week of practice this week, and with the way the Steelers have made winning plays down the stretch in recent weeks, I don’t doubt that everybody is as locked in as they possibly can be. Hopefully, that translates to a win on Sunday at Acrisure Stadium.