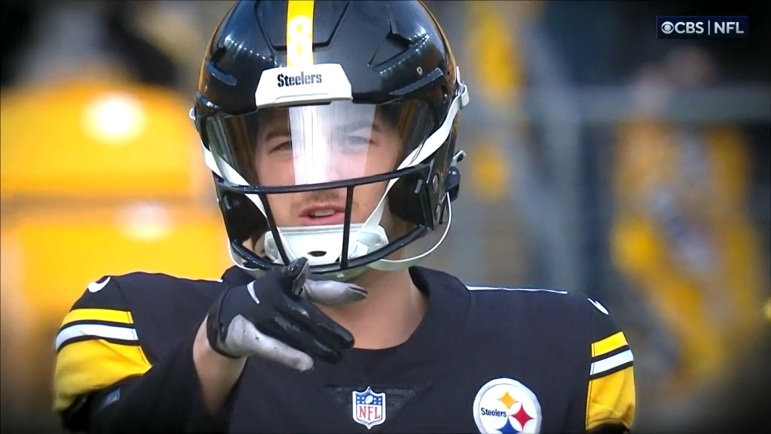 No matter how you try to slice it, the close to the 2022 season that the Pittsburgh Steelers showed, going 7-2 down the stretch to finish 9-8, is rather remarkable.

In a year of transition from the front office to the roster, along with a significant injury to the best defensive player in football on top of a young roster overall, the Steelers found a way to be relevant in the final week of the season once again.

That final week saw the Steelers dismantle the Cleveland Browns, 28-14, finishing 9-8 on the year, extending head coach Mike Tomlin’s non-losing seasons streak to 16 seasons. Knowing that, it shouldn’t be a surprise to see the Steelers climb the NFL Power Rankings from NFL.com Around the NFL writer Dan Hanzus Tuesday morning, landing at No. 13 overall, passing the likes of the Baltimore Ravens in the process.

“Mike Tomlin only knows winning seasons. The venerable head coach did it yet again, digging out of a 3-7 hole in November to finish 9-8, a wonderful achievement given the evolving state of the roster and the rookie quarterback who started the bulk of the games,” Hanzus writes regarding the Steelers’ ranking the final regular season power rankings. “The furious close to the regular season fell just short of a playoff bid, but Pittsburgh has the look of a team that could be ready to seriously contend as soon as next year. As for that rookie QB: Kenny Pickett showed considerable growth over the second half of the season. His rise and the return of All-Pro game-wrecker T.J. Watt on defense were the two biggest reasons for the team’s surge. Neither player is going anywhere.”

Sitting at 2-6 entering the Week 9 bye week, and the 3-7 after a Week 11 loss to the Cincinnati Bengals, everything seemed all but lost for the Steelers in 2022. Then, the climb began.

Rookie quarterback Kenny Pickett found his game down the stretch, leading to two game-winning drives in the Week 16 and 17 wins over the Las Vegas Raiders and Baltimore Ravens, respectively, while second-year running back Najee Harris became a force again behind an offensive line that gelled at the perfect time and really started to take over games down the stretch.

With much of the attention on the Steelers’ young offense and the progress in the second half of the season, the defense flew under the radar in the second half and quietly got back to dominant form as T.J. Watt got back up to speed and found his footing after missing seven games.

Based on the way the Steelers closed the season, it’s hard to not have some serious optimism heading into the offseason about the future of the team. Though there are some holes to fill on the roster in free agency in the draft, it appears that the Steelers have their guy in Pickett under center leading a handful of talented offensive weapons, while a defense that is loaded on paper should be rather strong again in 2023.

As Hanzus writes, this team could be ready to seriously contend in 2023. Hard to ask for anything more from this group after the changes that occurred last season. There is no rebuild in the Steel City, only a retool.