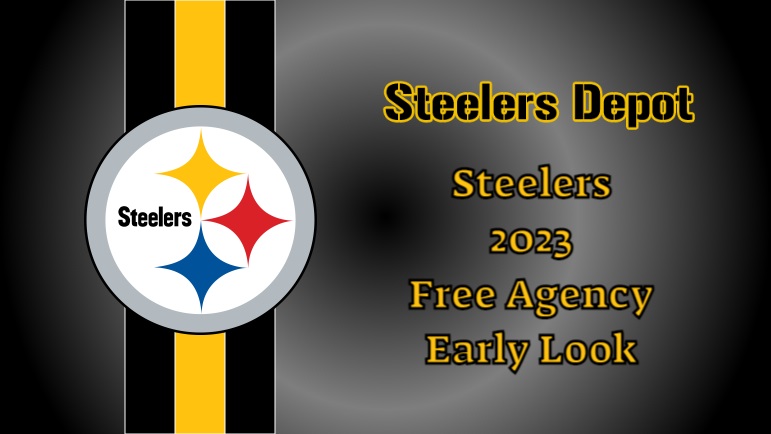 The Pittsburgh Steelers had their 2022 season come to an end on Sunday and with that, it’s time to start looking ahead to the offseason. With the start of the 2023 league year a little more than nine weeks away, I will pass along the Steelers players who are currently scheduled to become free agents at the time of this post.

Currently, the Steelers have 19 players set to become unrestricted free agent in March. That list of players is headlined by defensive tackle Larry Ogunjobi and cornerback Cameron Sutton. A few players on that list of 19 ended the 2022 season on the team’s Reserve/Injured list. Those players are defensive end Chris Wormley, inside linebacker Marcus Allen, wide receiver Anthony Miller, and safety Karl Joseph.

A few of the team’s former first round draft picks are also on that list in the form of inside linebacker Devin Bush and safety Terrell Edmunds.

In reality, the Steelers are likely to re-sign a small handful of their unrestricted free agents during the offseason. Several of the players on the list of 19 will not be re-signed, however.

As for the Steelers list of scheduled restricted free agents, there’s not many of those. It will be interesting to see how many are ultimately issued low-level restricted tenders. Of the four players, count on running back Jeremy McNichols not being tendered. He spent the 2022 season on the team’s Reserve/Injured list.

As for the team’s two exclusive rights free agents, long snapper Christian Kuntz and outside linebacker Jamir Jones, it’s easy to fathom both being tendered one-year minimum salary contracts that they must accept.

Moving forward into the offseason, we will have several extensive posts about the Steelers lengthy list of free agents and the likely path the team will take with each of them. 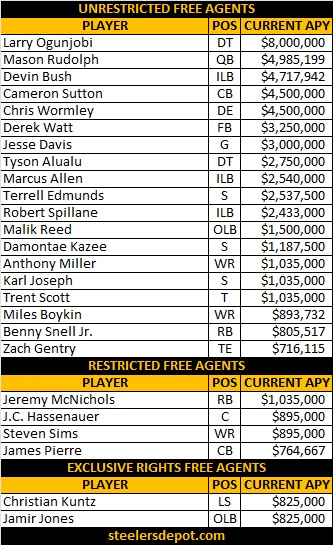