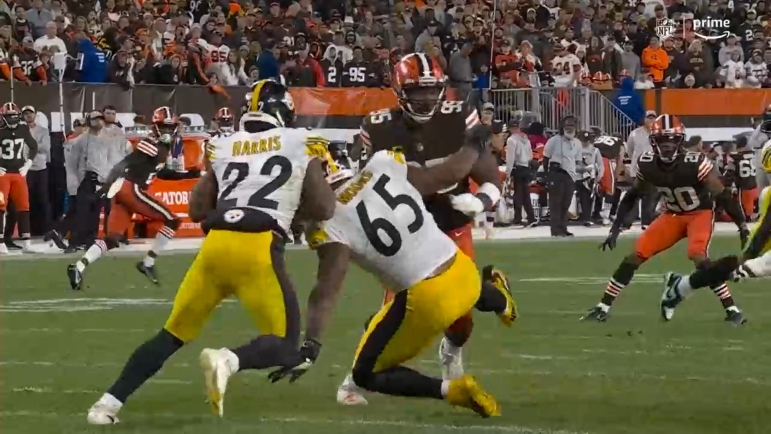 Pending Cleveland Browns free agent pass rusher Jadeveon Clowney somewhat infamously gave an interview toward the end of the 2022 season with Mary Kay Cabot of Cleveland.com. He told her that he was 95% sure that he wouldn’t be back next year and that one of the primary reasons is because he felt like the Browns prioritized Myles Garrett over him.

He hinted at the floating five percent being tied to potential changes being made on the coaching staff. They did fire defensive coordinator Joe Woods, but the new sheriff in town isn’t exactly whispering sweet nothings in his ear. Even if Cleveland were interested in retaining him, the percentage is probably now 100.

“It’s my job to give him some answers and to be able to give him some pieces, scheme-wise and personnel-wise, around him to allow him to be free and more productive”, Jim Schwartz told reporters yesterday about making Garrett the focal point of their pass rush and defense. “The bar is set really high for a good reason”.

A former first-overall draft pick, Garrett has been one of the top pass rushers in the NFL. He has recorded 16 sacks in each of the past two seasons and has 74.5 in his six-year career. He is a four-time Pro Bowler and All-Pro, and would almost undoubtedly would have made it five had he not earned himself a serious suspension in 2019 for reasons you likely recall.

Regardless of one’s opinion about Garrett either as a player or a person, there is no doubt that he has been a highly productive performer since arriving in 2017. He has been a problem for many teams, and perhaps even some teammates along the way.

The irony of Clowney’s comments, of course, is the fact that Garrett has actually been among the most double-teamed players in the league in recent years. They haven’t exactly been successfully scheming him into many ideal pass-rush situations.

The Browns signed Garrett to a then-record five-year, $125 million contract extension in 2020. He is still under contract for the next four seasons, at the end of which he will be 31 years old. By then, he will likely be joining the 100-sack club.

And Clowney will be scarcely remembered as another former first-overall draft pick who never quite lived up to the hype. In two months’ time, he’ll just be looking for a job, and it doesn’t sound like he’ll find one in Cleveland.