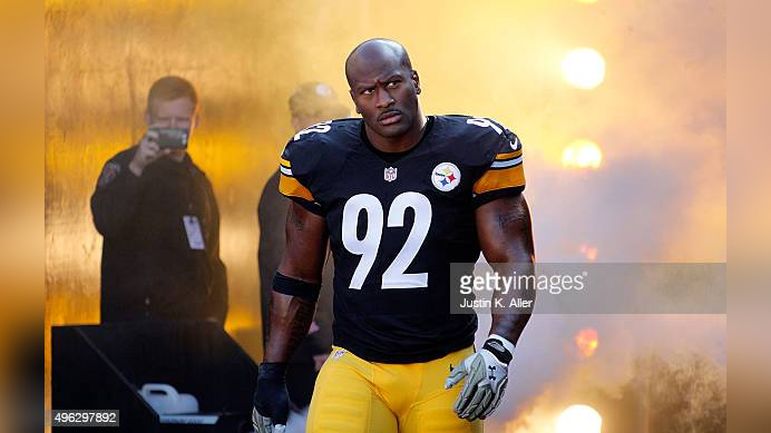 Wednesday night, the Pro Football Hall of Fame announced its 15 finalists for its 2023 class. Neither James Harrison nor Hines Ward were part of the list, finishing their candidacy as one of the 28 semifinalists. Meaning, neither player has a chance to make it into Canton next summer.

Ward spent his entire career with the Pittsburgh Steelers, 1998 to 2011, and is the team’s career leader in all significant receiving categories. He caught 1000 passes for 12,083 yards and 85 touchdowns. Ward was named to four Pro Bowls and was Super Bowl XL’s MVP, hauling in five receptions for 123 yards and a touchdown pass from Antwaan Randle El to beat the Seattle Seahawks 21-10. Throughout his career, Ward was excellent in the playoffs with 1181 yards and ten touchdowns in 18 career games. Ward has been a semifinalist for seven straight years, including this season, but he’s never been able to get over the hump.

This is Harrison’s first year on the Hall of Fame ballot. An undrafted free agent out of Kent State, be bounced between the Steelers and Baltimore Ravens early in his career, even spending time in NFL Europe. He didn’t become a full-time starter until his age-29 season but went on to have one of the most dominant stretch runs of his era. From 2007 to 2011, he notched 54 sacks with 27 forced fumbles. Over each of those five seasons, he made the Pro Bowl while being named All-Pro twice. His best year came in 2008, finishing with 16 sacks and a league-high seven forced fumbles, taking home Defensive Player of the Year honors.

Harrison made one of the most iconic plays in football history, pick-sixing Kurt Warner in Super Bowl XLIII, a 100-yard return at the end of the first half, a play where Harrison was supposed to rush but dropped into coverage. He finished his NFL career with 84.5 sacks. 80.5 of them were in Pittsburgh, a franchise record. Harrison’s career sack numbers and late start to his career are undoubtedly hurting his odds.

The list of 15 finalists will be whittled down once more. The official 2023 class will be announced during NFL Honors on February 9th, days before this year’s Super Bowl.