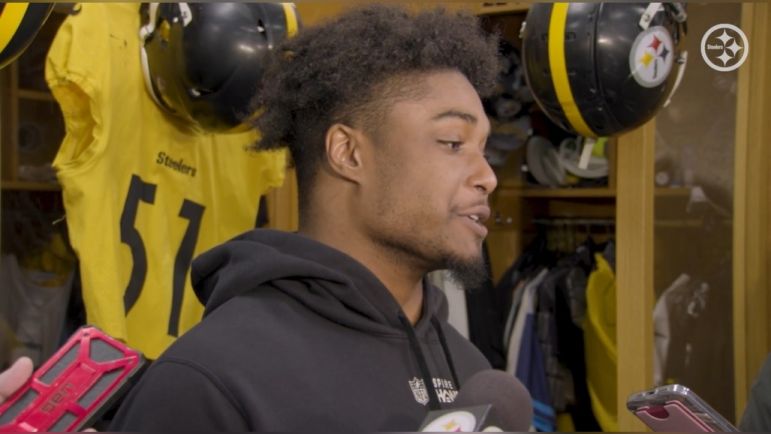 After reports of the Cincinnati Bengals and Buffalo Bills game that was suspended Monday night have surfaced that it will not be resumed, the AFC playoff picture is now up in the air. One possibility that has come up thanks to a tweet from Pro Football Talk’s Mike Florio, and it seems to very much be speculation, is that the playoffs could be expanded to eight teams.

Current information we have: Bills-Bengals won't happen. The NFL is currently figuring out how to configure the AFC playoffs without that game. Could an eighth team be added to eliminate the bye week for the No. 1 seed?

I highly doubt this would happen, but if it does it would make the Pittsburgh Steelers’ playoff hopes a lot better, meaning if they beat the Cleveland Browns they would only need one of the Miami Dolphins or New England Patriots to lose instead of both.

One person who is a fan of this expanded playoffs is Steelers linebacker, Myles Jack. In an interview posted on the Steelers website today, Jack voiced his support for an eight-team playoff when asked about the possibility of it.

“That’d be cool,” Jack said.  “Yeah, that works for us. That’d be good. Get an extra playoff check, get another chance to get up in there so it increase our odds, so I’m all for it. That’s up to them, but that’d be pretty sweet, I’m not gonna lie. It’d be cool.”

For the players, it obviously makes sense for them to keep playing. As Jack said, they not only get more money but also a chance to play for a championship.

In addition, a playoff appearance would be a good thing for this young Steelers group. Even if it results in a loss to a much better team, the experience of playing. meaningful games in January is important. The intensity changes come playoff time, and if this team is going to compete for a Super Bowl in the near future it is better to learn what a playoff atmosphere is like now as opposed to later.

While there are many on the team who did experience the playoffs last season, other important players like rookie quarterback Kenny Pickett and rookie receiver George Pickens did not. Even Jack himself hasn’t seen the playoffs since the 2017 season.

While the NFL expanding to eight playoff teams in each conference is very unlikely, it would be great as a Steeler or a Steeler fan. The valuable experience could be gained by making the playoffs, and even if the NFL does not expand to eight teams the Steelers still have an outside chance of qualifying. Hopefully, they will.