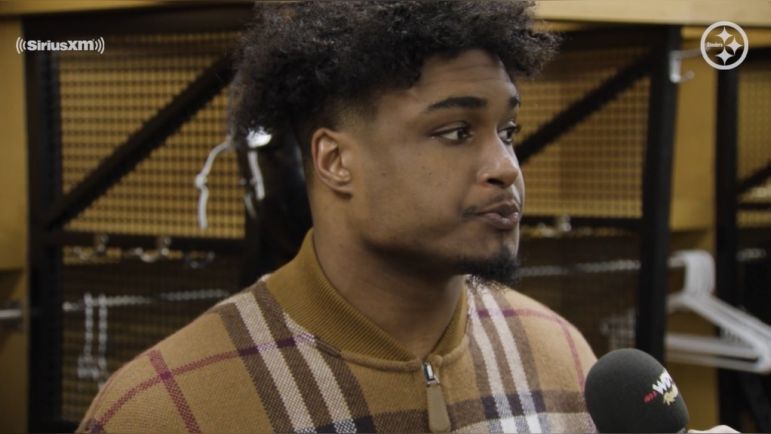 With the Pittsburgh Steelers season coming to end, it is time to look towards next year. After finishing 9-8 and one spot out of a playoff berth the Steelers are close to getting to the dance. However, there will be some turnover going into next year with some players leaving in free agency or getting cut, and players joining the team via the draft and free agency.

One Steeler who wants to be back is inside linebacker Myles Jack. Jack joined the Steelers this past offseason as a free agent from the Jacksonville Jaguars.

“I would love to come back,” Jack said in a video posted to Steelers.com. “I would love to keep the same team, but you know how the NFL is man, you never know what’s going to happen.”

While Jack is right and anything could happen, it is hard to imagine he won’t be back. The Steelers have Devin Bush, Robert Spillane, and Marcus Allen as linebacker unrestricted free agents. It is unlikely all three come back, and the Steelers aren’t tight on cap space so it would be hard to imagine they would make an already thin linebacker room thinner. Jack is also under contract through next season, signing a two-year deal prior to the 2022 season, meaning the Steelers would have to cut him. He isn’t an unrestricted free agent like the others.

Jack on the year wasn’t great but a groin injury didn’t help his cause. His play couldn’t be classified as bad either. In 15 games this year, Jack made 104 tackles and three tackles for a loss. He also is credited for three passes defended against showing he can defend against the pass decently.

Jack was clearly not what he was during his early years in Jacksonville when he was one of the best young linebackers in the league and haunted the Steelers in particular. But adjusting to a new city and coaching staff can be difficult and take some time to get used to, especially a 3-4 defense that asks a lot of their inside linebackers.

Bringing Jack back would be a good move on the Steelers end as it is security in getting at minimum and above average player on the field, and the fact he could be a good mentor for young guys like Mark Robinson and possible a draft pick if the Steelers decide to address inside linebacker this April.