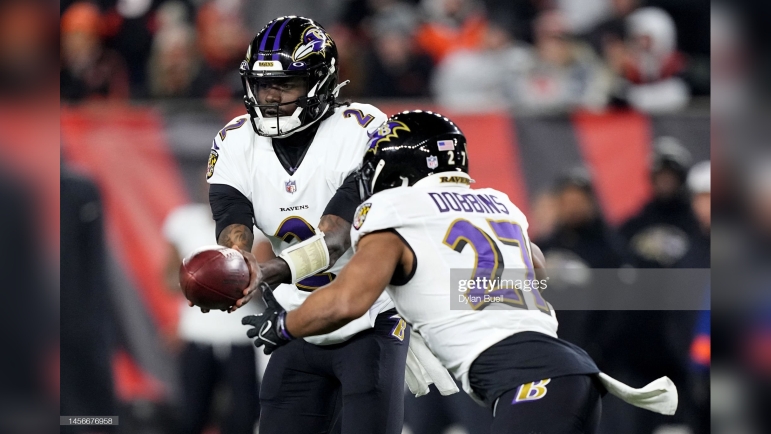 There was a time when the Pittsburgh Steelers were the height of drama, both positively on the field and negatively off it. Not just in the AFC North but arguably in the entire league. The division has not been without its drama outside of Pittsburgh this season, however, even in just the past couple of weeks.

We had the back and forth with Jadeveon Clowney and the Cleveland Browns, who deactivated him for the season finale after publicly criticizing the team and essentially the organization itself and saying he’s 95% likely not to return next season.

Yet what Baltimore Ravens running back J.K. Dobbins said last night—no doubt out of frustration—following their Wildcard Round loss to the Cincinnati Bengals certainly gives Clowney a run for his money, even if he has a much better case.

The former second-round running back, who returned in 2022 from a torn ACL, didn’t pull punches in venting after the game. And to their credit, the team’s website didn’t pretend he didn’t say what he said as he expressed aggravation on not getting more touches, especially in the red zone.

“I’m a guy that feels that if I’m on the field all the time, I can help this team win”, he said in the locker room when speaking to reporters. “I wasn’t. It’s the playoffs. Why am I not out there? I should be the guy. I’m tired of holding back”.

In case you’re wondering, Dobbins has one year left on his rookie contract with the Ravens. Since he was drafted, Baltimore has always limited his workload, spitting reps with Gus Edwards. As a rookie, they still had Mark Ingram as their lead runner, and, of course, quarterback Lamar Jackson figures prominently in their running game.

Dobbins only played in eight games in 2022 due to injury, but he rushed for 520 yards on just 92 attempts. He has only recorded 226 total rushing attempts since being drafted in 2020, but he has been highly efficient, putting up 1,325 yards, nearly six yards per carry. Yet he’s never recorded more than 17 rushing attempts in a game. He’s only carried at least 15 times in a game four times in 23 career games. He obviously wants to be a featured back.

That’s hard to do with Jackson, who has led the Ravens in rushing in every one of his seasons, but there’s no reason that he can’t get a greater workload. Have they been holding him back out of concerns due to his health? Even he admitted earlier in the season that he’s still working on getting his full speed back.

As for Jackson, Dobbins didn’t beat around the bush, saying flat out that “we would’ve won” last night’s game if they had their starting quarterback. Backup Tyler Huntley did fumble on the one-yard line, which was recovered by Cincinnati and returned for a 98-yard touchdown, so that’s the way that goes.

Dobbins was a running back Steelers fans really wanted in 2020 when he came out, and they were frustrated when he fell to the Ravens in round two. He is an extremely talented running back, but his career up to this point has been limited due to injury. Is he poised to have the best season of his career in 2023?

He’ll have to clear the air with the locker room and the coaching staff first, but there’s plenty of time for that, even if he said a couple of things that are best left unsaid in public.