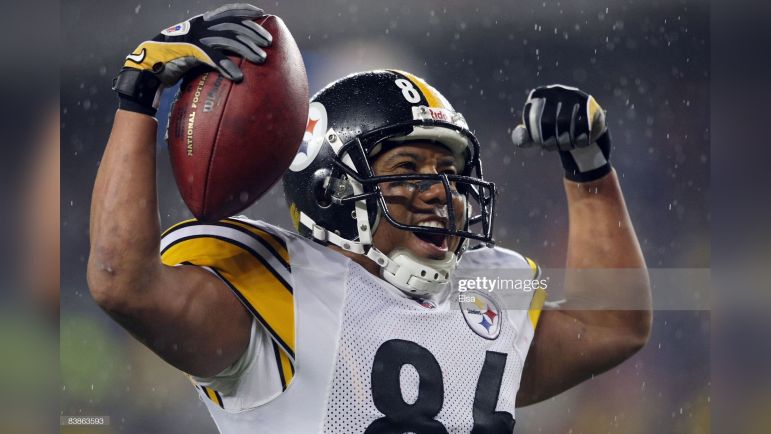 While Pittsburgh Steelers wide receiver Hines Ward may not end up in the Pro Football Hall of Fame anytime soon, the former third-round pick out of the University of Georgia will come down as one of the best receivers in Pittsburgh Steelers’ history. A big reason for that will be his playoff performances, especially his Super Bowl MVP-winning performance in Super Bowl XL when Ward hauled in five receptions for 123 yards and a touchdown while also rushing for 18 yards. While the day ended on a high note, Ward revealed on The Jim Rome podcast that the pregame jitters got the best of him.

Obviously, playing in the Super Bowl is the pinnacle of a lot of players’ careers, so it’s no surprise that the moment was probably a little bit overwhelming at first for Ward. Obviously, those nerves didn’t carry over to the game, where his performance was essential in helping the Steelers win their fifth Super Bowl and giving Bill Cowher a Super Bowl win.

It was a low-scoring, 21-10 win for Pittsburgh where a young Ben Roethlisberger struggled, but Ward proved to be a reliable target. His touchdown came on a reverse pass thrown by wide receiver Antwaan Randle El, who was a college quarterback at Indiana, and the 43-yard grab was the only passing touchdown in the game for the Steelers.

The Super Bowl MVP capped off a season for Ward where he had 69 receptions for 975 yards and six touchdowns. The three years before that, Ward was a second-team All-Pro with a young Roethlisberger and Tommy Maddox at quarterback for Pittsburgh. In the 2005 postseason, Ward had a playoff career-high 260 yards on 15 receptions and three touchdowns.