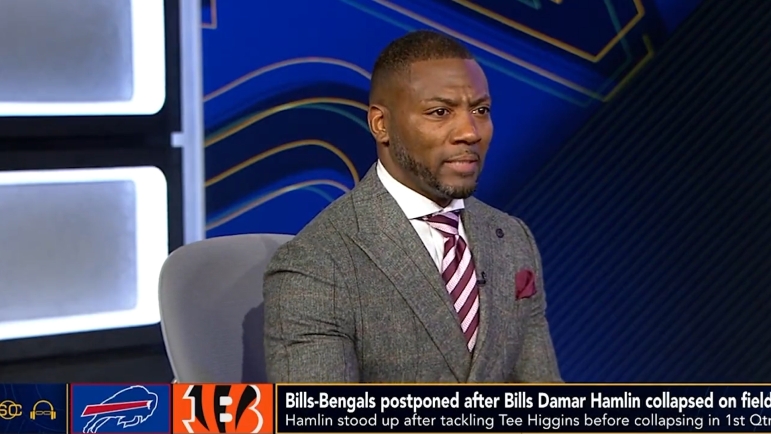 Pittsburgh Steelers head coach Mike Tomlin, commenting to Bob Pompeani on the Mike Tomlin Show on Friday about the popularity of the physical band of football featured in Ravens-Steelers games, said that “America’s kind of bloodthirsty”, adding, “We aim to accommodate”.

That’s just the language of a very violent sport. It strikes as both hyperbolic and not on a morning like this after we nearly witnessed a man die on a football field in primetime as Buffalo Bills defensive back and Pitt graduate Damar Hamlin suffered cardiac arrest following an impactful collision with Cincinnati Bengals wide receiver Tee Higgins.

It was a traumatic thing to witness, to the point where the NFL indefinitely postponed the game. It’s also a reminder of just what it is that we’re watching, and the true risks that are involved. Yes, it was a freak incident, but it was also a byproduct of the very nature of the game.

“So many times in this game, and in our job as well, we use the cliches. ‘I’m ready to die for this’. ‘I’m willing to give my life for this’. ‘It’s time to go to war’”, former Steelers safety Ryan Clark said on ESPN during the station’s coverage of the incident. “I think sometimes we use those things so much, we forget that part of living this dream is putting your life at risk”.

"This isn't about a football player, this is about a human."@Realrclark25 spent time with @notthefakeSVP to offer support to Damar Hamlin. pic.twitter.com/fJT80Nz7kV

Clark knows a little something about that. A carrier of the sickle cell trait, he was hospitalized after attempting to play a game in the high altitude of Denver, suffering a splenic infarction, forcing doctors to remove his spleen and gall bladder due to an emergency medical situation. He lost 30 pounds throughout the process and did not play again that season. He starkly remembers what it was like sitting in that bed.

Violence is such an institutionalized feature of the appeal of football that the league has advertised games and merchandise in the past by emblazoning it with the iconography of hits that they have deemed to be illegal by their own rules.

It’s hard to enjoy football without an appreciation for violence, because it’s hard to play the game without violence. No matter how much they try to officiate the sport, as long as it resembles what we know as football, it’s going to have that unavoidable level of barbarism built within it.

And the risks that come with it to the health and safety of those who play it. I would rather have a discussion about player compensation and foreknowledge of the risks involved in playing the game at another date, if you don’t mind. Not today.

“This isn’t about a football player. This is about a human”, Clark said, and he’s right. “It’s about a young man at 24 years old that was living his dream that a few hours ago was getting ready to play the biggest game of his NFL career, and there was probably nowhere else in the world he wanted to be. And now he fights for his life”.

I don’t think anybody needs a reminder of that right now. It’s not as though we’re not thinking about it. What we witnessed last night literally ended a game in the first quarter in good weather. It was a tragedy, one all too human for us to reconcile with when considering the risks involved in bringing us the entertainment product we so love.