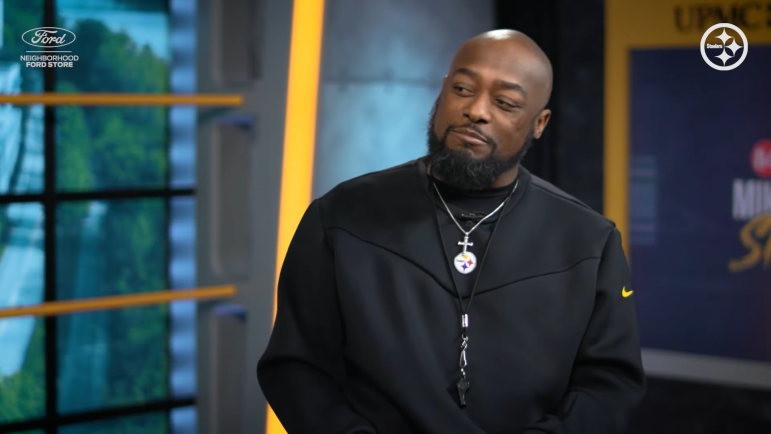 The Pittsburgh Steelers are known for playing a certain brand of football, whether they do that consistently or not. At the very least, it tends to be an element of their play even if they move away from it from time to time. It’s a physical brand of football, and certain teams like the Baltimore Ravens tend to bring it out most vividly.

Which is why so many of the Steelers’ games against the Ravens end up in primetime slot. “Yeah, America’s kind of bloodthirsty”, head coach Mike Tomlin said on the Mike Tomlin Show regarding the enduring popularity of Ravens-Steelers games. “But that’s ball. We aim to accommodate”.

This season has been a curiously inconsistent one in terms of their ability to excel in trench warfare. There are times when they have dominated the line of scrimmage, and others when they have been dominated. The wins and losses tend to correlate as you would expect.

The Ravens won in the trenches the last time out, and they won the game accordingly. The defensive line in particular has to be more robust upfront, with Cameron Heyward having one of his worst games in a while. But he’s been playing with his hair on fire since then.

This is a Steelers team on an upswing, while the Ravens still don’t have quarterback Lamar Jackson back. Granted, they didn’t have Jackson the last time these two teams played and they still won, but Pittsburgh isn’t likely to throw three interceptions or miss two field goals again, either.

At the end of the day, it’s still Steelers-Ravens, and that means ratings. That’s why the league moved the game from a 1 PM slot to the Sunday Night Football program for the week. It’s up to the players and coaches to justify that, but these games tend to do that, or at least have historically more often than not.

“I swear, every time we play should be primetime television”, Tomlin said. “It just feels like it. It’s just kind of how these two teams come together. Particularly over the years, it seems like it’s always those weighty moments. We don’t take it for granted. It’s an honor to be a part of it, and excited about playing”.

As for where these two teams are, the Ravens have already secured a playoff spot, and remain in contention for the AFC North crown. They control their destiny in that regard if they win their final two games; alternatively, if both they and the Cincinnati Bengals lose this week, the winner of the Ravens-Bengals game in the finale would determine the division champion.

Pittsburgh, on the other hand, could be eliminate from postseason contention even before they kick off depending on what transpires earlier in the day. There are a couple of games they will be closely monitoring in the hopes that they still have something to play for beyond pride and love of the game.